Cheap eats are normally what comes to mind when we enter a place like Coconut House. But no no, this is not disparaging it in any way. Not when it's places like this that gives us the most delicious thrills...

Coconut House is a Malaysian joint serving much-beloved street hawker food. It is not spartan, nor minimalist. The chockers seating plan is to maximise space and discourage lingering 3 hours over your meal. No frills but filled with a type of familiarity and warmth many Asians are accustomed to from the brusqueness of the servers to the military abrupt manner of taking orders at the counter. It's cash-only of course. 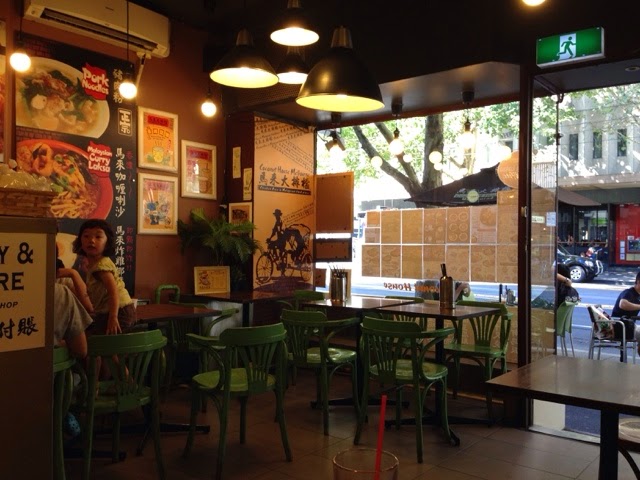 The menu was filled with colourful assortment of pictures, scribbly fonts and they ALL look wonderfully delicious! But a must-try for us was the mee pok. Given a selection of crispy chicken, bbq pork, etc...we chose the cripsy chicken. The chicken was acceptably ordinary, it definitely took second place to the mee pok. 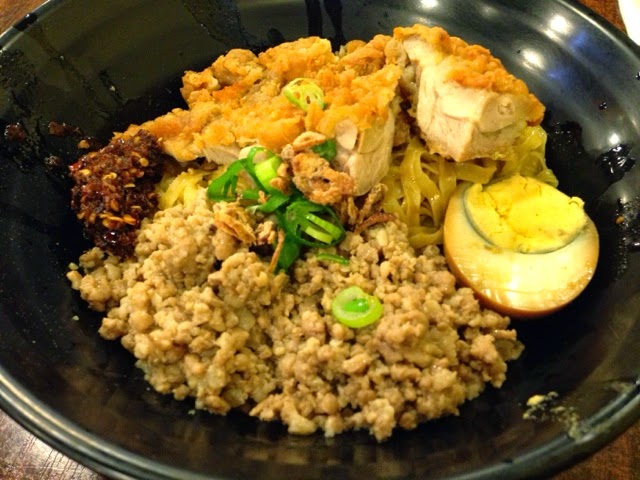 Perfectly seasoned and with the right amount of bounce, we were not disappointed as we are wont to be when it comes to dry mee pok here in Melbourne. 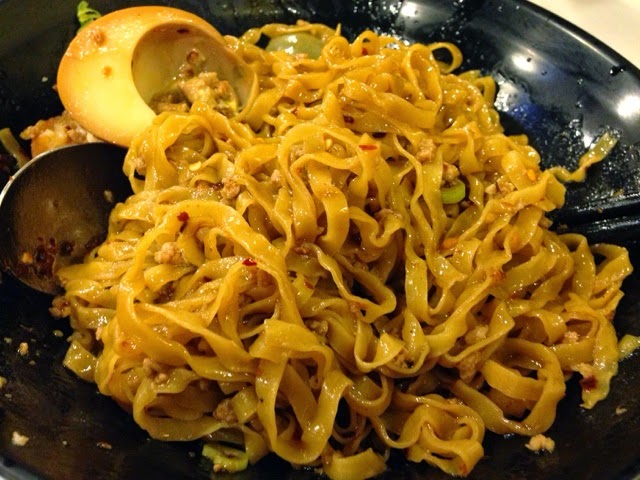 The Yee Mee stood out on one of Melbourne's cold winter spring nights. Thinking it was the dry claypot variety, we were surprised by the soup. Unfortunately the soup was slightly chalky and while not bad, it was not one of their specialties. 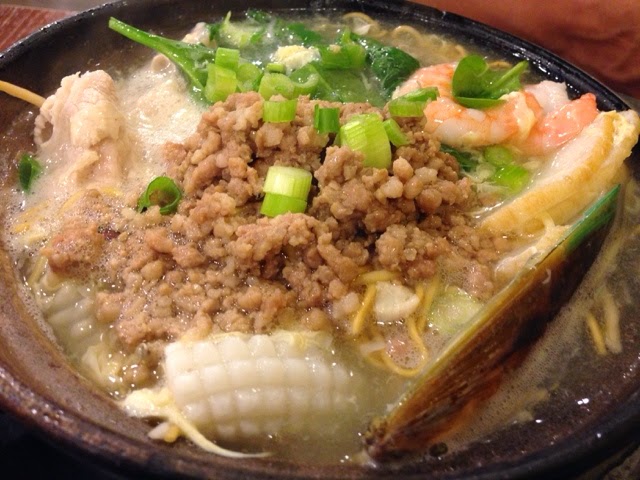 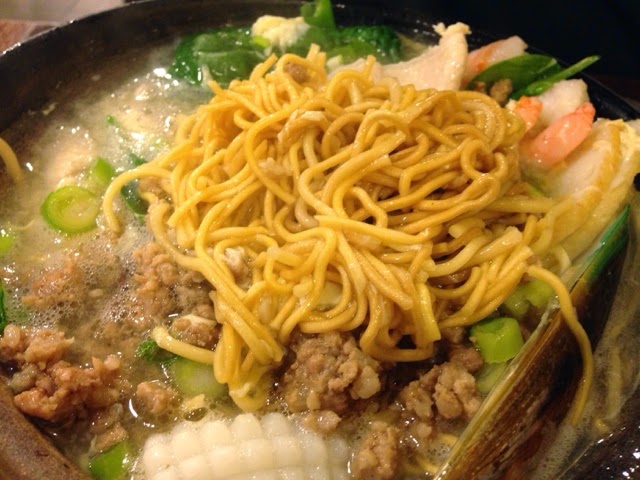 Mmmmm....the fragrance of Bak Kut Teh in all its aromatic herbally glory was beautifully sublime. They also offer pig stomach as an option, which horrified S but sooo excites me! One of my Aussie colleagues told me casually he had pig's ears at the new St Kilda joint Uncle. If only more were as adventurous! When certain offals or even ears, are cooked and seasoned in the right way, they are absolutely yum. 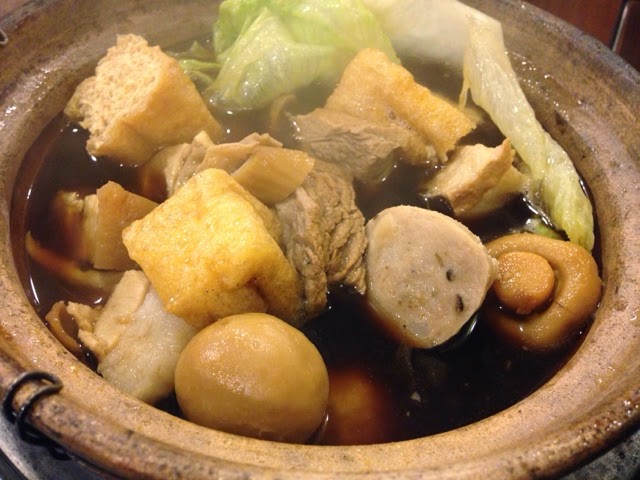 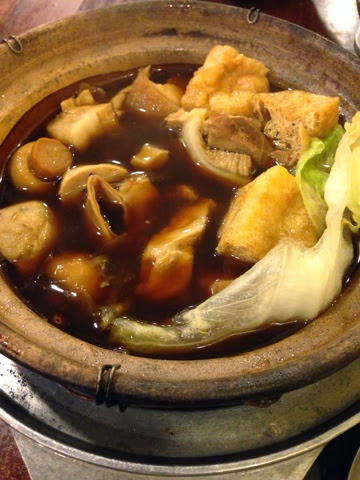 Now, being a Singapore girl at heart, and having had the real Singapore chicken rice and its accompanying condiments, I'm just going to make a bold statement and ruefully state Malaysians just do not make good chicken rice dishes. Sorry, not sorry.

Moving on, I was keen to try the charcoal-grilled char siew (bbq pork). For sure, this does not disappoint. The meat was tender and well-marinated. Though the sauce is thin and not the sticky rich gooey sauce like Singapore, it did provide a juicy dip for the char siew. The trump card though, has to be the chilli sauce! Since the closure of Chom Chom, the elusive authentic Singapore Chicken Rice Chilli Sauce cannot be found anywhere. But I think we may have just found the closest alternative here at Coconut House.

The roast chicken was too salty for personal preference, but overall not a bad dish. I wish they would have offered just bbq pork and rice rather than forcing us to order a serve of chicken if we wanted to order the char siew. 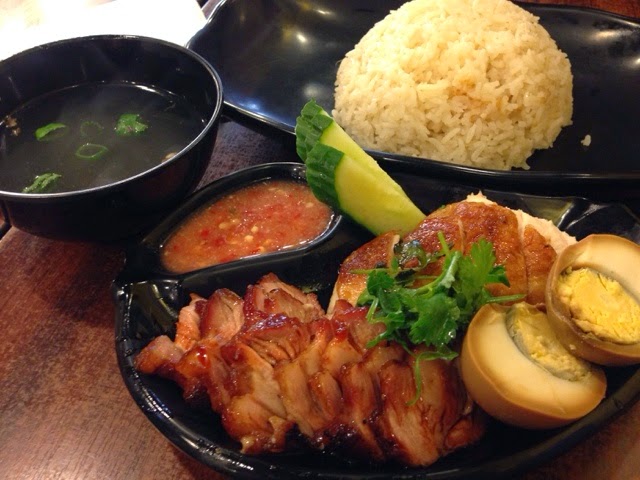 I love ban mian and again, not a dish Malaysians know well or specialise in. But Coconut House has done it reasonably well and we were not too disappointed. The soup stock needs improving and we need braised mushrooms instead of soaked. Instead of shallots, would be great if the fried anchovies were given more generously. 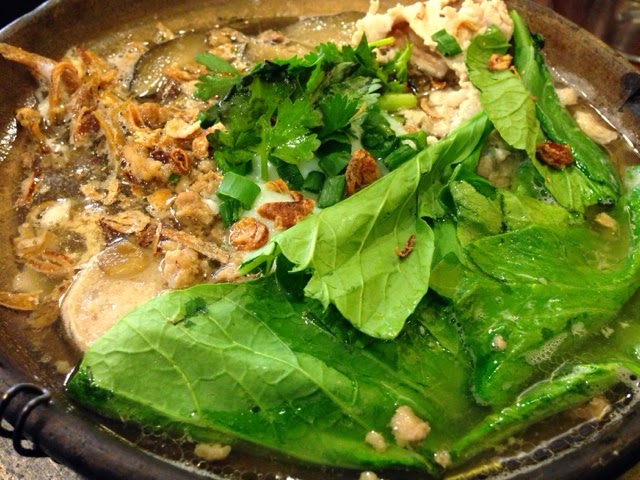 Noodles were only passable. But kudos for the attempt. 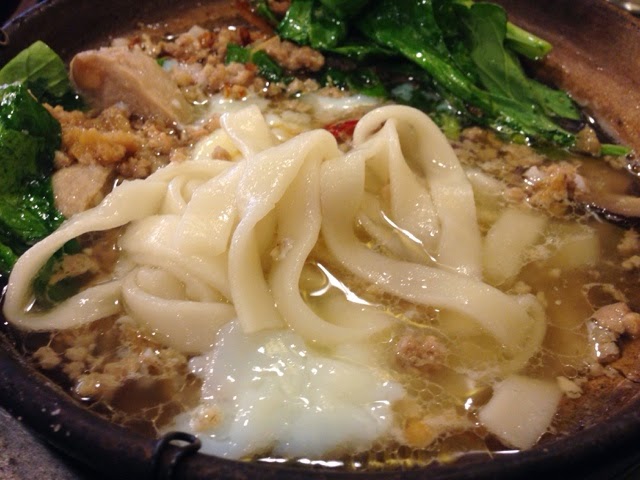 Nasi Lemak is one of my all-time soft-spot dishes. Simple but so delightfully spicy, boldly flavoured and texturally such a burst of aromatics with every crunch. Coconut House has done this dish well. The chilli had the right hit of spice but as with many differences in Singaporean and Malaysian cuisine, I would have preferred a sweeter taste, it's really down to personal preference. 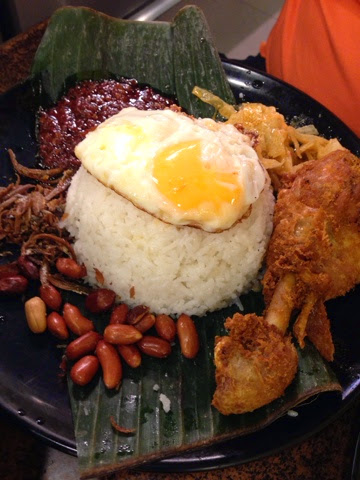 Dry wanton noodles as we Singaporeans like to call it out of habit is actually known as Kon Lo Mee in Malaysia. Whatever the name, yum yum and yum! 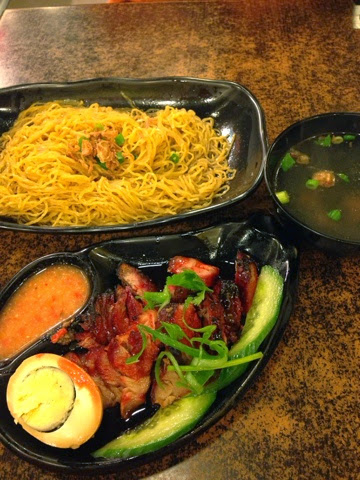 The dishes I would not recommend are the Prawn Noodle Soup (shockingly it has coconut milk in it and those in the know know there's all sorts of things wrong with that. Those who don't, never mind), Laksa (sadly, after Chom Chom, every other Asian joint serves the less authentic Malaysian version of Laksa and it truly lacks the punch or richness of the laksa that I know and love). Before raging Malaysians with a grinding agenda start coming at me, I adore so much of Malaysia's food offerings. To name some, Penang Hae Mee (not sure why it's pronounced Har Mee there as Hokkien is the primary dialect not Cantonese), Penang Char Kway Teow, Penang Laksa, Ampang Yong Tau Foo, the quirky Ship restaurant in KL and heaps more.