The general gloom of dreary weather and soggy salad for lunch was broken by a quick read of an email we received. 'Twas  an event showcasing the fresh produce Box Hill Central has to offer through their Fresh Food Market accompanied by a 3-course lunch.

Piqued by curiosity as we've already been to the market during our quarterly stock-up for Asian groceries, we RSVP-ed our delight attendance. This will be a long post as it fits into the ethos of this blog. You cannot find a genuinely more Asian food centric town than Boxhill in Melbourne. It is long overdue as a feature and we owe it to you dear readers. 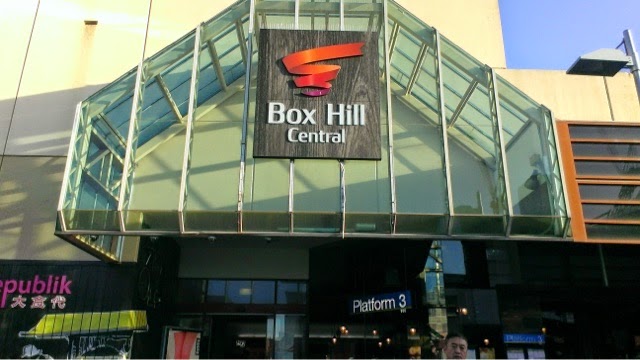 As it turns out, it was an enlightening and somewhat unexpected experience.

We were greeted by the self-effacing and affable Chef James Tan, who casually described himself as a "gypsy nomad". Chef Tan was born in Singapore, grew up in Switzerland, did stints around the world before finding himself in Melbourne starting up the famed No 8 in Crown Casino.

James led us on a tour around the market and gave introductions to the stories behind some of the stores. It was a familiar trudge through the hustle bustle of this maze of shops we have been through so many times before but somehow, today, our blinkers were off. We saw it through different eyes.

Yan Yan (人人）apparently has the highest turnover in Asian grocery sales in Victoria. I have no idea how this was computed as I would imagine there is a fair bit of privacy involved when it comes to income. No roundtable confessions of Asian grocers comparing turnovers. But it is doubtless nonetheless they are BUSY. CONSTANTLY. It is worth mentioning a young Indian assistant was particularly helpful when I was looking for some rice sesame keropok. He had never heard of keropok as it is really a S'porean/M'sian thing but he went out of his way, a far cry from the brusque manner of the cashiers.

Yan Yan's competing store in the market was known as the friendliest. We knew what James meant when he said that as Asian grocers are not generally known for for their effusive service. *insert cheeky wink emoticon here* 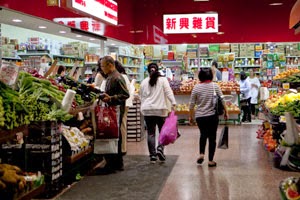 There were 2 big seafood stalls in the market. We were told Elaine, the current owner for the more modern fitout of Boxhill Fish Market, was also the original owner for the other seafood stall in the same place. An enterprising woman, Elaine arrived in Melbourne 40 years ago to make a go of it in the seafood business. They offer several sashimi-grade seafood, such scallops, prawns and fish. Do ask them though as they often do not display the grade of produce. Always a good sign as it means they are used to selling higher-grade seafood as a norm. The tassie oysters we had were creamy, meaty and extremely fresh. $18 a dozen for restaurant quality oysters. My jaw would be hitting the ground if not for keeping the oyster in. 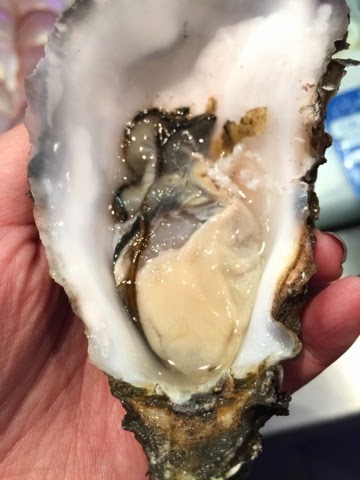 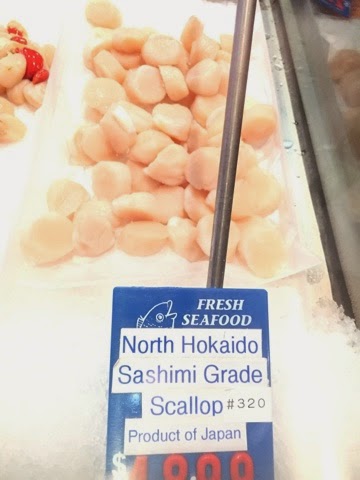 There appeared to be a pork specialist (Asian staple), a Wagyu beef specialist but most fascinating of all, Yarra Range Poultry, staffed by friendly Aussies, were selling the cleanest-looking chicken feet at only $2.90/kg. Any yum cha aficionado knows this is a fixture on the trolley rounds. I was completely beguiled at the grotesque severed claws of chickens past but fascinated and excited from a culinary perspective. Garlic, black bean and oyster sauce for pressure-cooking stewing with one kg of chicken feet is like 10 dim sum baskets worth! 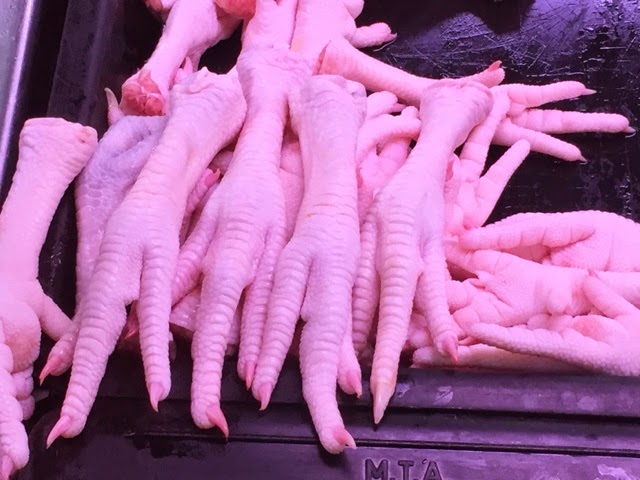 Chef Tan ended the tour with his expertly-prepared meal for us. Admittedly after hearing about his impressive resume, I did raise my level of expectations in cooking techniques and presentation, both of which were met with aplomb. 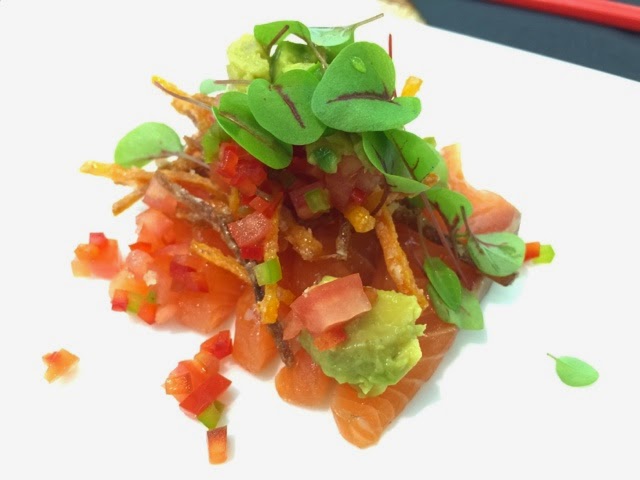 The first entree was a ceviche and it was a subtle layering of flavours. I detected the gentle use of fish sauce with brunoise diced capsicum and tomatoes. The acidic twist did not overwhelm the sashimi, giving a velvety pleasantly unctuous feel in the mouth. 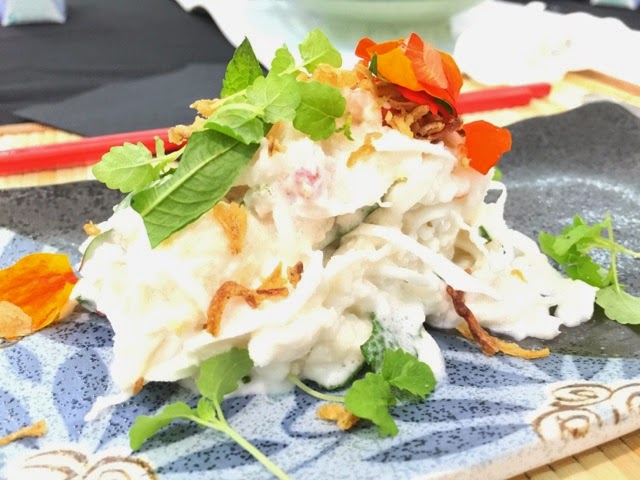 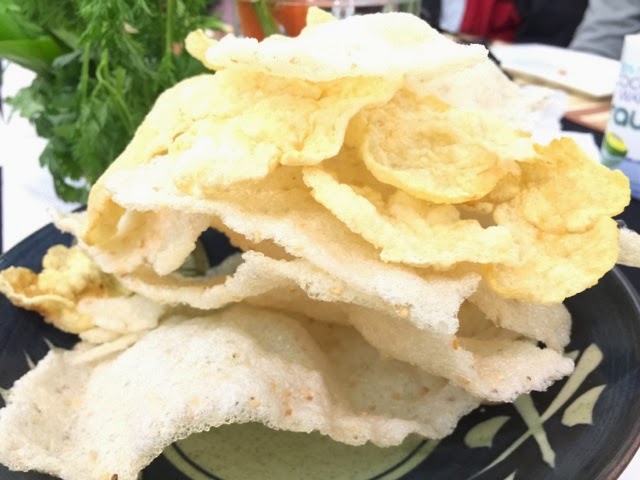 As it turned out, the ceviche was a deliberate quiet lead-up to the Spanner Crab and Coconut Salad. The flavours were unashamedly explosive and virile with each strong element coming together surprisingly well. Chef Tan shared his use of de-shelled spanner crab meat from the fish market at $85-$90 for 500 gm. He left a few chunky pieces in the salad for textural contrast. It was an interesting combination of fusion cuisines. 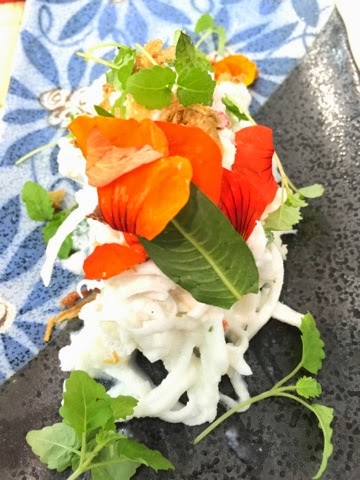 Even the herb mix was incredibly daring. Laksa leaves, basil, Vietnamese mint and edible flowers shared the spotlight in this dish with the instant hit of coconut aroma and the creaminess of the mayonnaise dressing. The cracker for us were the crackers (sorry pun intended) of deep fried puffy rice keropok with sesame seeds. Chef Tan was evasive about their provenance and we can understand why. That's the yummiest secret weapon for any home cook. We can serve our guests this and dine on it alone! 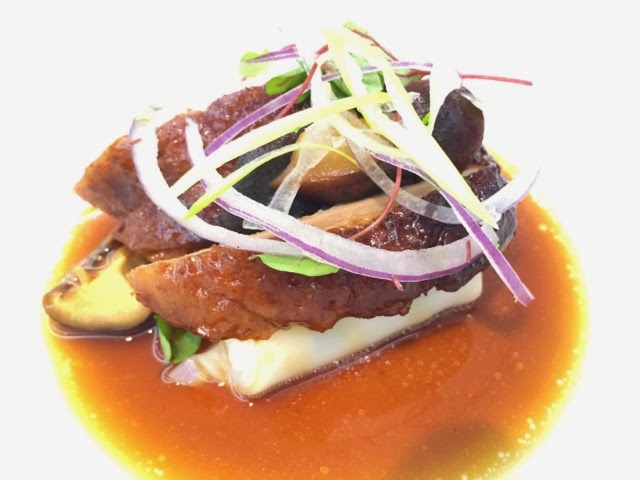 The final course was Roasted Duck Breast in Master Stock. The duck meat was enticingly tender with a crisp skin and an undulating layer of fat between them. What a morsel! The jus was a combination of master stock and soy reduction with a hint of truffle oil. 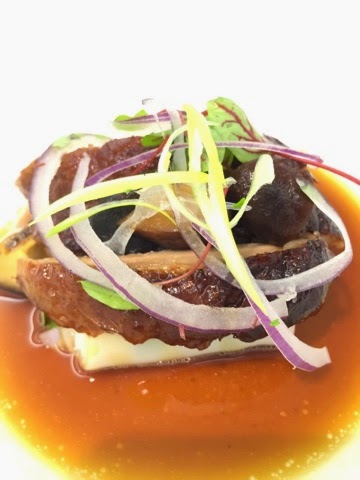 I loved Chef Tan's use of micro herbs to garnish. It really suited the delicate nature of what he was serving in appearance. All his ingredients were sourced at the Box Hill Centro Fresh Market. There is such an euphoric rush everytime I meander through markets taking in the exciting assortment of produce and animated chatter in the background. I love it.

Our final guided stop for the day was an education and discovery of Chinese traditional tea ceremony at Chat Tea. I am a massive fan of tea, admittedly a frequent patron of the large commercial chain, T2, due to despicable compulsive retail spending in fashionable shopping centres.

However, this incense-scented enclave of traditional Chinese furniture, chinese tea-centric shop for the purists have given us an invaluable lesson in the appreciation for Chinese tea. No, yum cha tea, we are NOT looking at you.

Spencer Wong is the part-owner of Chat. He divulged a second location in the city arcade opening opposite Tim Ho Wan in just 30 days. 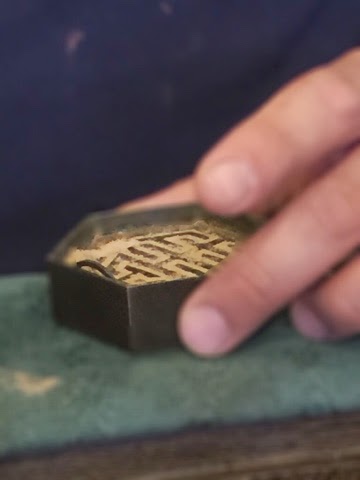 The whole tea ceremony was such a sensory experience. From the education of quality incense and the ornamental aspect to them to the build-up of tea potency as the tea-master went through deliberate round after round of patient pouring of boiling water to tea leaves to tea over teacups and teapots. The teapots get a glazed rich brown exterior from the tannins of the tea. 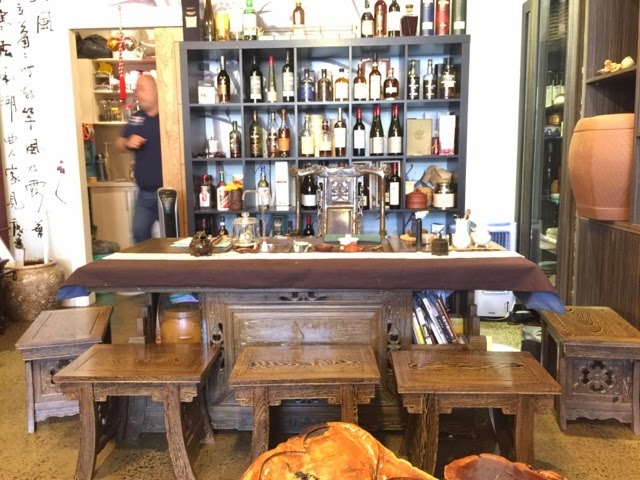 The tea cups are minuscule so as to savour but also medicinally it is believed sipping in slow and small portions allow the benefits of tea to be infused into and spread throughout your body. 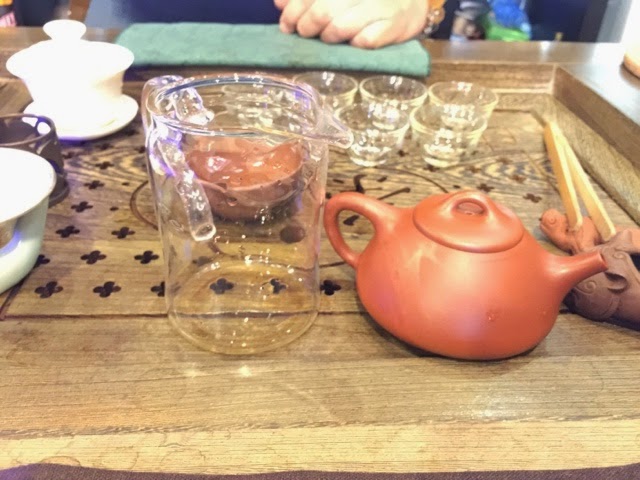 My personal favourite was Pu'er among the 3 varieties served. The tea-master explained the financial investment of tea, with some vintage compressed tea cakes selling for up to $1 million per kg at prized auctions. 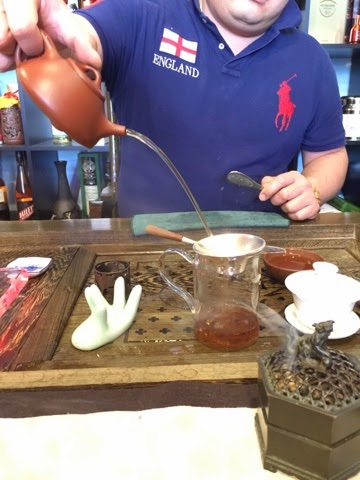 We were privileged to be served a very special brew the generous tea-master decided to share. At $400 a pot, you would think knowing the price in advance might have influenced our taste buds veering it in a positive direction. But I can honestly state if I had not known the price of this 1984 Wu Yi Da Hong Pao tea, I promise I could still detect the grade of the tea leaves straight away. The first cup was a shy introduction with floral undertones and a light tentative linger.

As the tea builds its potency, the floral accent became bolder bouquets not in the aftertaste but even while sipping. A honey flavour and aroma develops and coats your mouth with an intoxicating yet still light scent. The empty tea cup held those notes of sweet fragrance making you want more. It is addictive and exciting. I felt like I was in a tea coma. Deliriously swept along but almost sleepy. Quite an education.

Who knew Box Hill could provide such an alternative experience when I've been there countless times rushing through my shopping list?

And James, I am still searching for those crackers.