The cupcake craze started ages ago, and I think Melbourne over the last few years have caught up to it. It does take Australia a little while to catch up to worldwide trends, but we are getting there. The influx of the number of cupcake bakeries popping up in Melbourne seems to be a sign that the popularity of these little delicious beauties are here to stay for a while yet. In fact, it's not just the sale of cupcakes that are doing well, all things related to cupcake-making have been spectacular in sales too.

Anyway, this is a short and sweet review of Little Cupcakes located just off Flinders Lane. 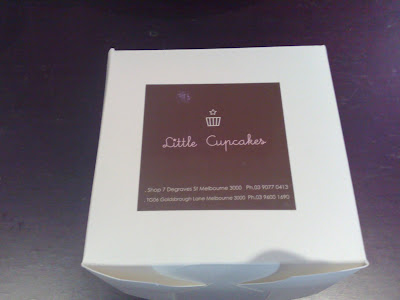 My choice of flavours were Red Velvet: 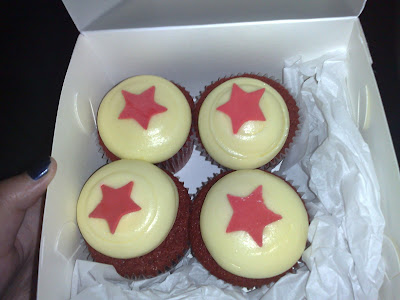 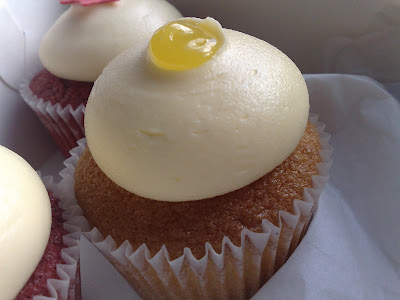 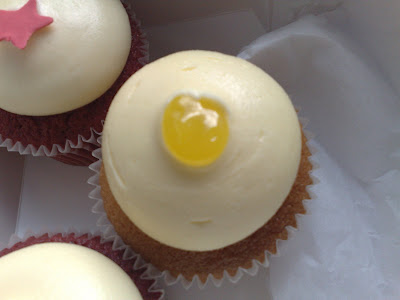 The frosting on the Red Velvet was deliciously creamy with a thin crust of sugary goodness on the outside. It is rather sweet but it can get addictive after a while. The cupcake itself was just slightly on the dry side. But being so little (this is the normal size, not the mini one), you don't really mind as the flavour of the cocoa was still very present. While I like eating the frosting off the Red Velvet first and eating the cupcake separately, with the Lemon, I ate them together. I wish the zestiness of the lemon came through though. The first impression was basically a sweet vanilla taste but the aftertaste does have a lemony flavour. That said, out of all the cupcake bakeries in Melbourne, Little Cupcakes literally takes the cake.
Email Post