I've grown up eating this my whole life so the sight of chicken seemingly bathed in a sea of red bloody mess does not faze me. Most of you quite likely have not heard about or seen this dish. Due to my mother's Hock Chiew (Fuzhou) roots, we are used to having this dish and fuzhou fish balls. Yes, the ones with minced meat filling. In fact, Ang Zhao Gway is a hokkien pronounciation when in fact it should be called oinng zhao giaay in hock chiew.

The process of making the Ang Zhao is tedious with the fermentation process taking a minimum of 6 weeks. It is made from the fermentation of red rice and glutinous that has been steamed and cooked, with a mixture of a jiu bia (alcohol biscuit), apparently a disc of alcohol-transforming thing of some sort.

In any case, my mother-in-law was kind and generous enough to make the actual Ang Zhao for me when she knew I missed eating the dish and since Mum is currently overseas and even she has never made the actual Ang Zhao, my MIL who has never heard of this dish in her whole life decided to seek a way of making the Ang Zhao. So all I had to do was to cook it.

There are 2 ways of cooking this dish - a soupy version and a stronger dry version.

I'm into strong flavours that pack a punch so is S. Hence I've always cooked the dry version, passed down from my Mum from my maternal grandmother. 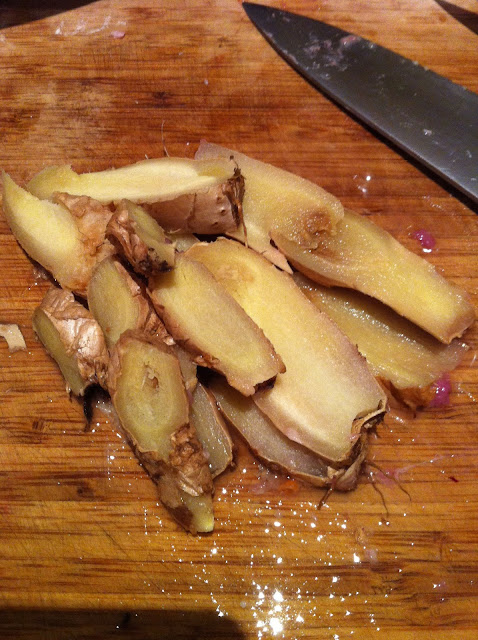 Generous knob of ginger sliced as well as minced garlic, which is not shown here. 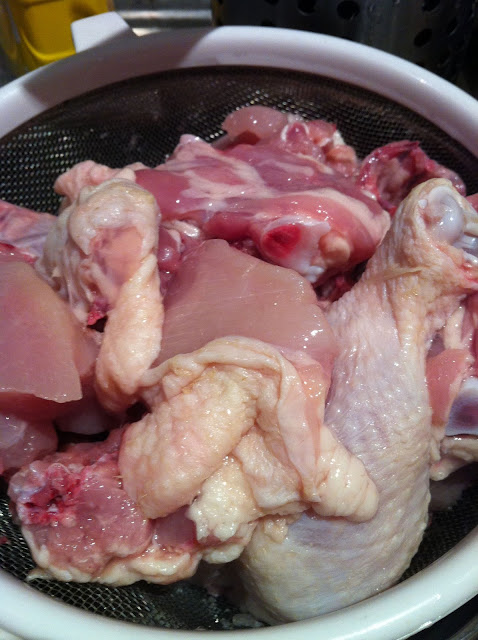 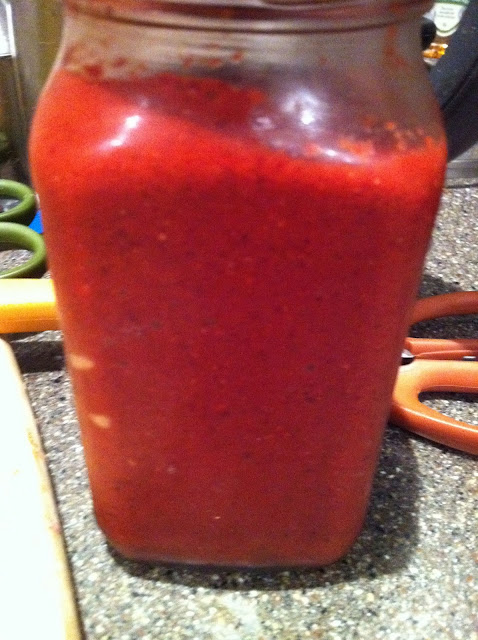 The star of the show, a big bottle of Ang Zhao. It might look like pasta sauce here but it most definitely isn't. 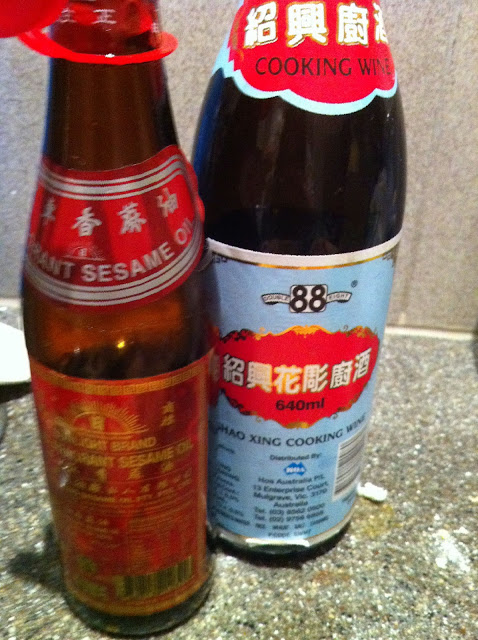 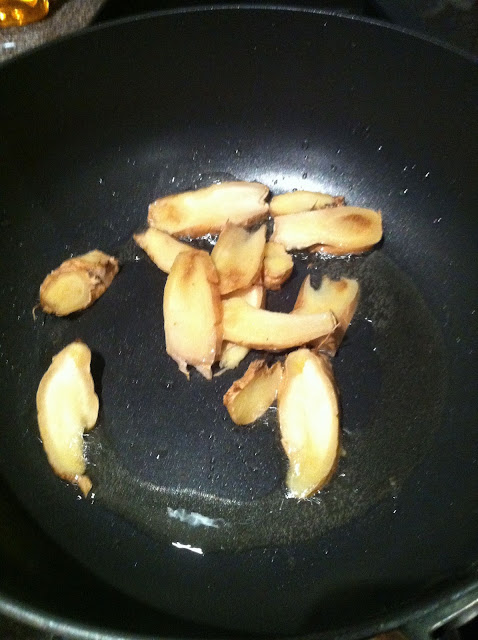 Pour sesame oil rather than cooking oil into the pan and saute the ginger when the oil heats up. Wait for the fragrance of the ginger to permeate your kitchen... 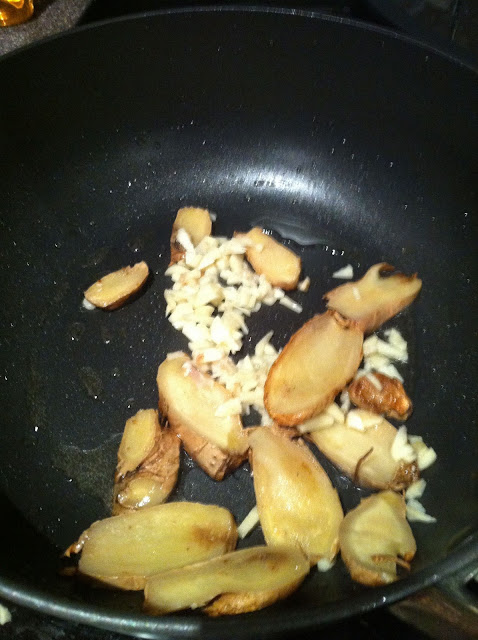 before adding the garlic. 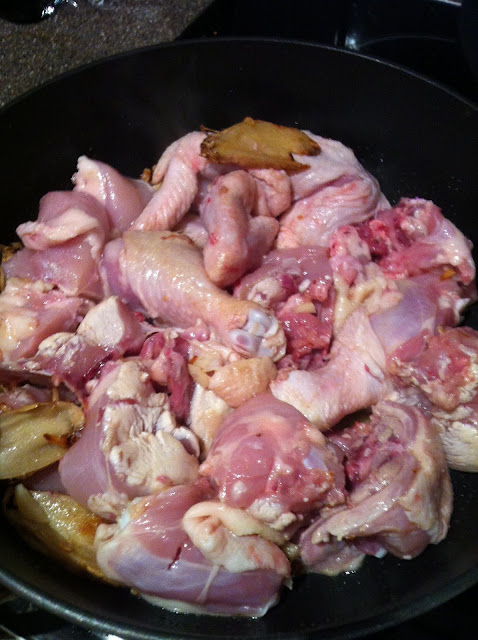 Add the chicken before the garlic starts to burns and take on a bitter taste. Stir fry the chicken till browned. Then add a splash of rice wine, stir it once and cover with a lid. 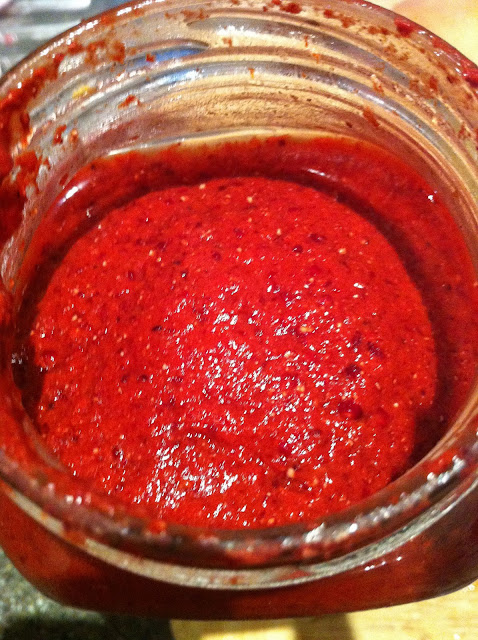 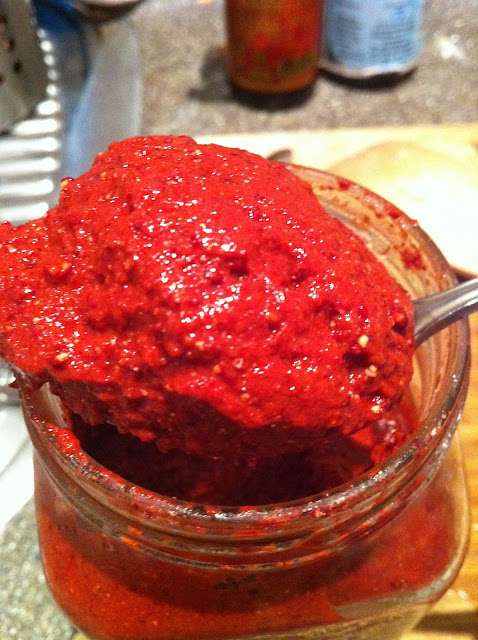 When the chicken is 3/4 cooked, use about 7 tablespoons of Ang Zhao. 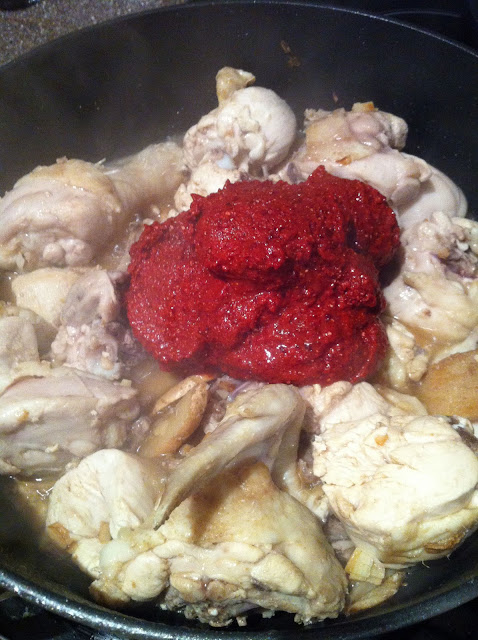 Dollop the Ang Zhao with the chicken and stir-fry. The amount shown in the pic is about 3 to 4 tablespoonful. 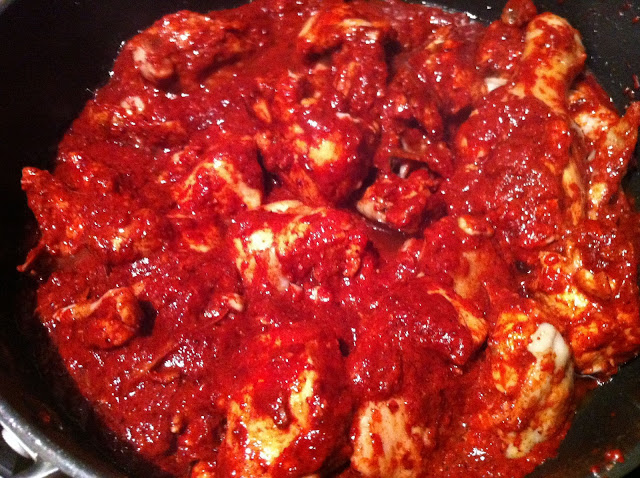 It's not shown here but add about 5 tablespoons of sugar and stir-fry, adding splashes of red rice wine or cooking wine. Add salt to preference. 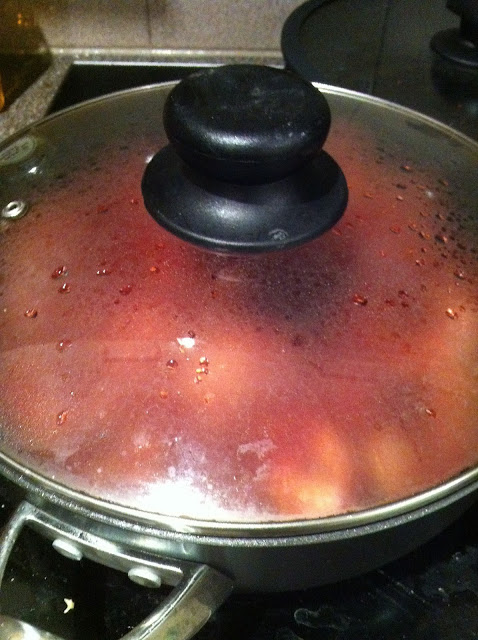 Cover with lid to fully steam chicken till cooked. 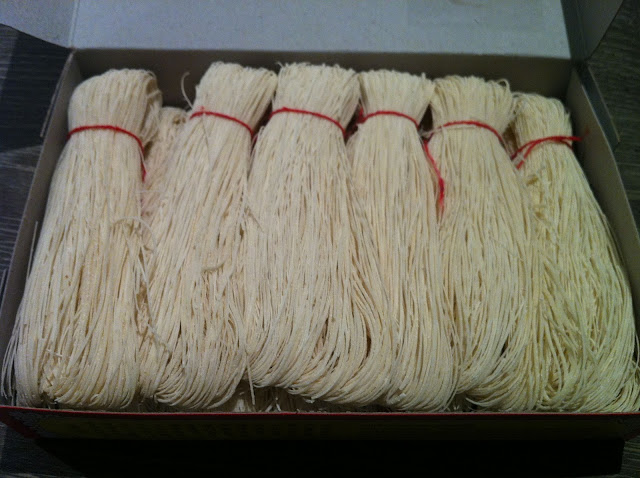 Now it's alright if you would like to serve the chicken and make it a main dish with rice. But I adore Mee Sua. So I bought some "old-school" thin Mee Sua for the dish. Truth be told, I much prefer the modern slightly thicker version. The old school Mee Sua disintegrated quickly in the water and was really chalky. Blech. 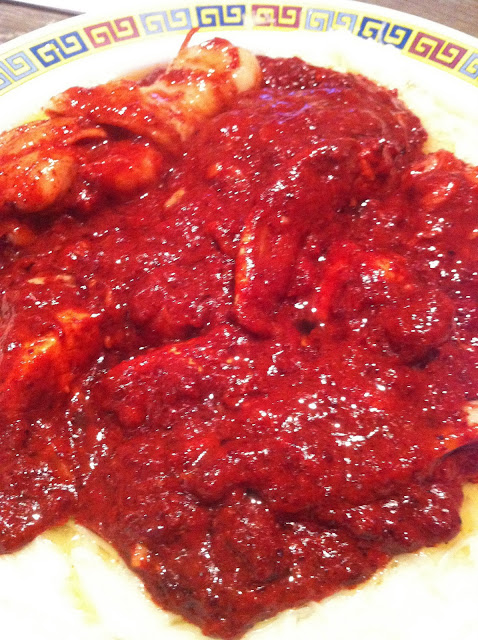 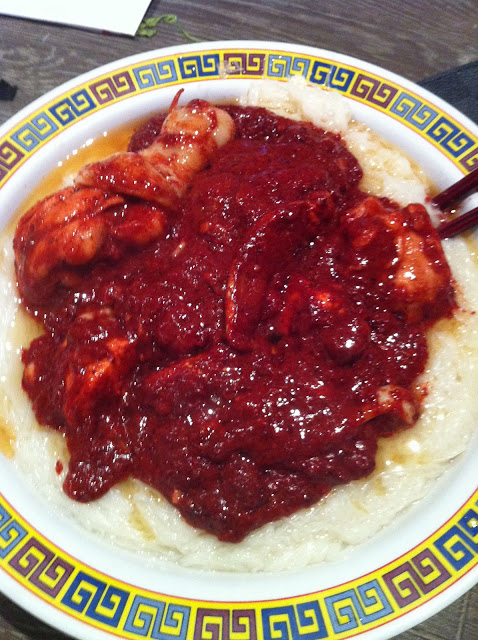 We ran out of chinese mushroms and shitakes that day. Nonetheless it was so absolutely satisfying I might have to bug my mother-in-law to make us another batch to satisfy our greedy cravings. This time, we might convince her to attempt and taste the dish herself for the first time.
Email Post
Labels: Ang Zhao Fuzhou Hock Chiew Chicken Red Rice Wine Recipe