After purchasing and picking up the famous Corica Apple Strudel and Cream Horns that originated in Perth from someone who brought them fresh over from Perth that morning, we were near Queen Victoria Market and decided we were in the mood for another "famous" food. Why not?

The Melbourne Bratwurst Shop in the deli section of Queen Victoria Market fronting Elizabeth St and close to the Macca's opposite (don't worry, you'll find it from the long snaking queue) serves the tourist must-try Bratwurst sausage in a roll.

Thank goodness chivalry still exists. I was swamped and swallowed by the lunchtime crowd at 1 pm, but the 2 gentlemen ahead of me saw tourists jostling me from behind and placed me forward ahead of them while they became the buffer for the crowd.

The smell of sizzling sausages totally made it worthwhile despite the rather abrupt and strange server. I made an order of 2 with exactly the same flavour bratwurst, fillings and condiments. She insisted on making only one first and then made another one after that making me repeat the order all over again for the next one. It took so long, I felt embarrassed and sorry for the guys behind me who so kindly let me go first.

Anyway, I opted for the Spicy Bratwurst with Sourkraut, onions, cheese with hot mustard dressing. As I was driving, I had to wait till I get home before devouring the lot. 20 minutes later, it is no less delicious with the moistness of the bratwurst bursting with flavour in my mouth, at the risk of sounding corny, there was a party happening in there. The sourkraut was just right, perfectly seasoned and not salty and too sour. The shredded cheese had melted by the time I got home from the heat of the sizzling hot sausage.

My dad will be salivating over these pics, he never fails getting one when he's there. So here's to you, Daddy, CHEERS! 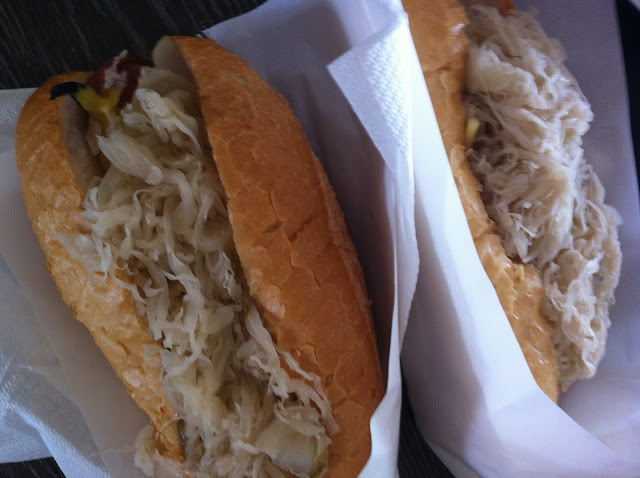 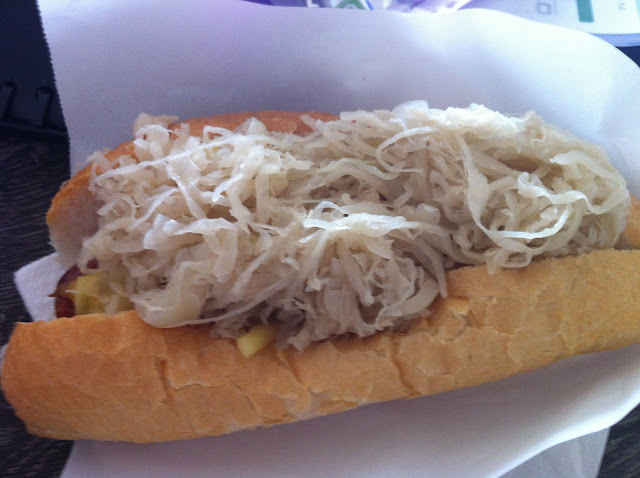 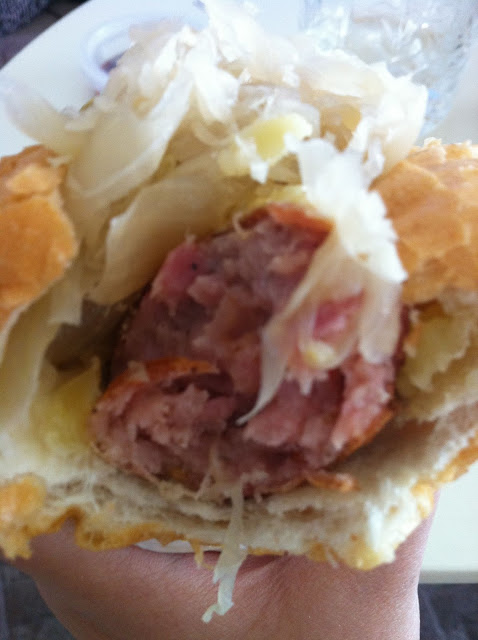 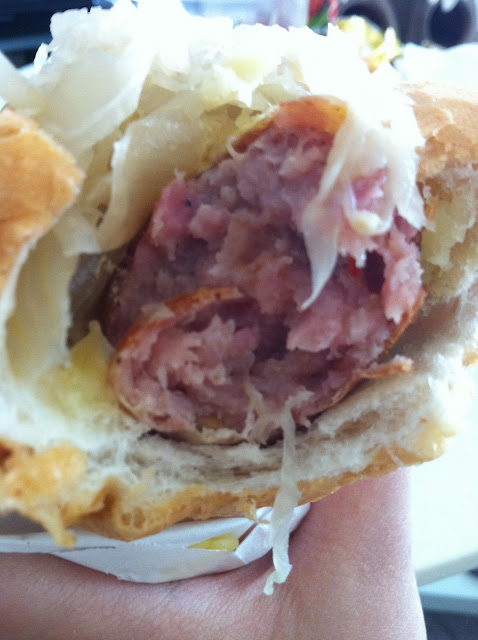