On Masterclass tonight in the All-Stars version, we were witnesses to the sinful pedestrian food of Macaroni and Cheese getting a slightly more 'atas' twist by Neil Perry.

He of Rockpool Grill let us in on the recipe behind one of their most popular side dishes.

S was salivating and seeing as his dinner portion was woefully small, I decided to replicate Perry's recipe for mac cheese.

The sauce was simple - fresh cream, shredded blends of cheeses, salt and pepper, a tablespoon of paprika and garlic butter.

Half a pack of macaroni cooked al dente stirred through with truffle oil when drained. Sautée and slightly caramelise diced bacon.

Add them all together topped off with gruyere cheese. Pop into the oven at 230 degrees for a few minutes. Voila!

I think the Rockpool version of mac cheese is brilliant with the paprika adding that extra dimension and layer of flavour. Having the truffle oil (he used actual grated truffle) was fragrant and absolutely divine... 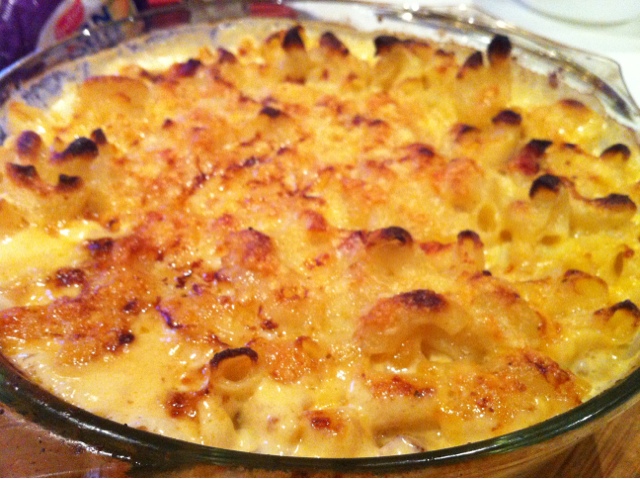 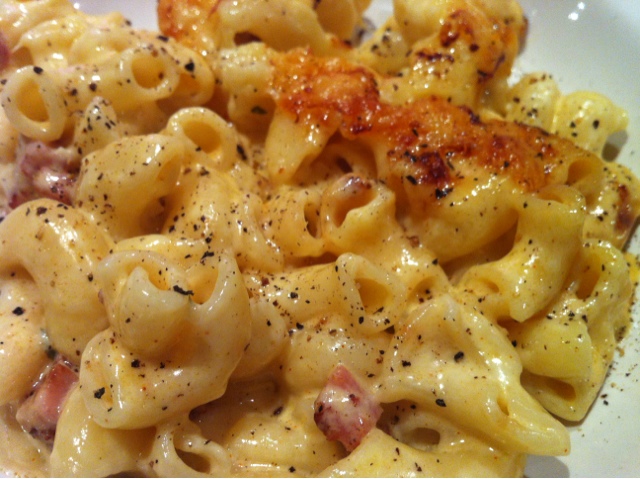