133 Ormond Rd  Elwood VIC 3184
This follows my previous post on Vietnamese dining at the wonderfully current and quirky Miss Chu's. It is no secret my adoration for Viet cuisine brings me from the hub-bub of cafe-style Chapel dining to the bustling markets of Springvale.

Dandelion is much-lauded in various media outlets and located surprisingly in the relatively quiet suburb of Elwood. This beachy enclave might not be the hub of dining and most thought-of venue for gastronomical trendsetters, but it has its fair share of hippy vibe with a mix of professionals, families and singles wanting to stray away from the busier St Kilda and still a decent pace away from blue-chip but decidedly more suburbia Brighton.

I have been wanting to try Dandelion for a while, having heard all about it. But it took a couple of friends moving into the neighbourhood raving about their new local joint before I caved. 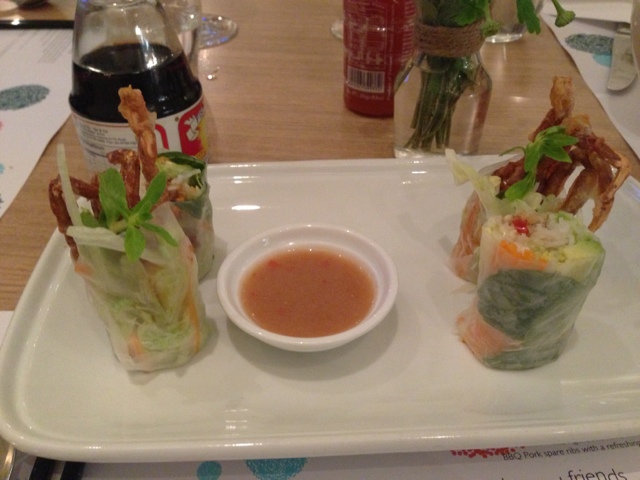 I ordered an entree of Soft Shell Crab Rice Paper Roll. The soft shell crab was bland and while I appreciate the generally milder flavours of Viet cuisine, this was a real disappointment. It was hard not comparing it to Roll'd. Perhaps if I had not tried Roll'd's version first, this dish would have been passable but not memorable. 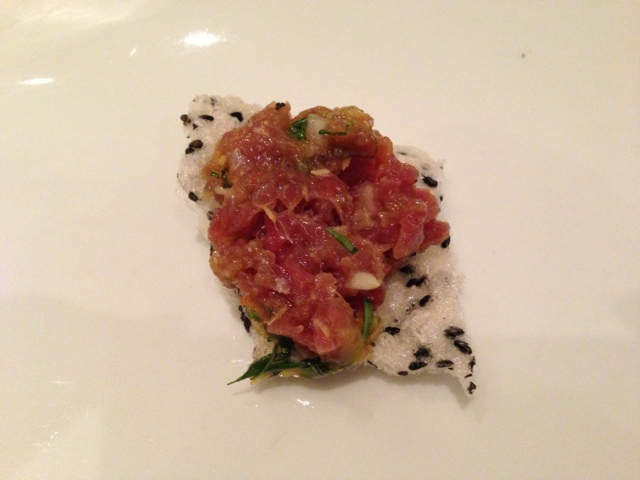 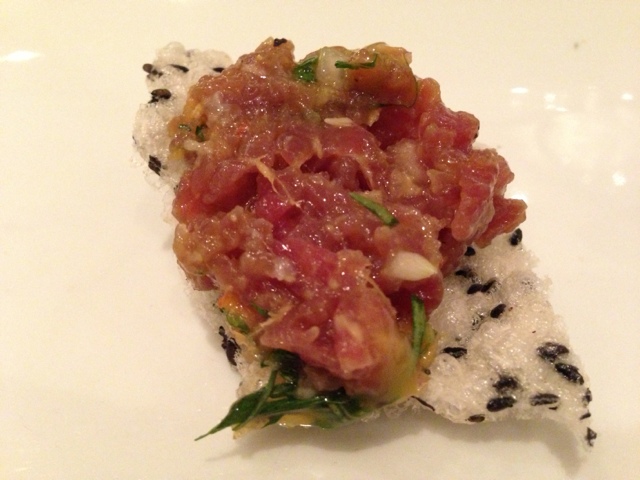 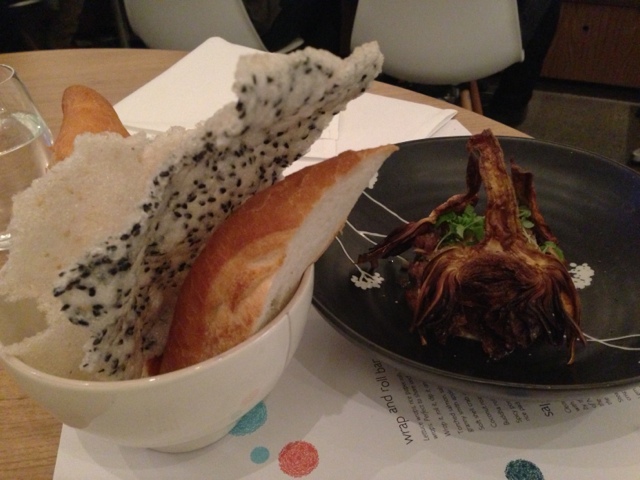 The Hmong Steak Tartare with Artichoke Chips and Black Sesame-Encrusted Crackers was absolutely the star dish on the night and the menu, I might add. Steak tartare in all incarnations I have had many. But the version served by Dandelion was bold, brazen and strong in its own identity. Forget the refinement of subtlety, this dish is not shy in its introduction to the kind of dish the restaurant stands for. Acidic, spicy, sharp and rich. It makes no apology for the flavours. If there is only one dish and one dish alone that brings me back to Dandelion, it is this. A definite must-try. 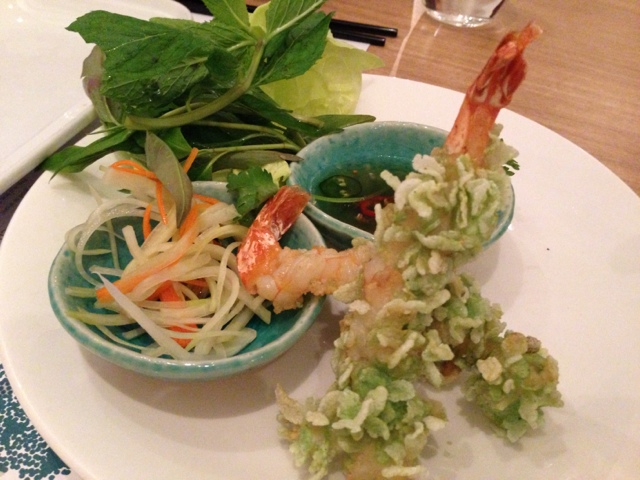 Entree of Tempura Prawns with Pickled Veggies and Dipping Sauce. The prawns were battered and crunchy enough, complemented well by the fish sauce. 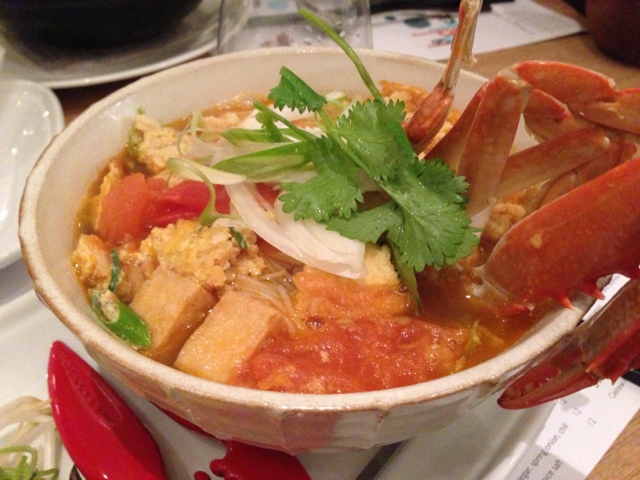 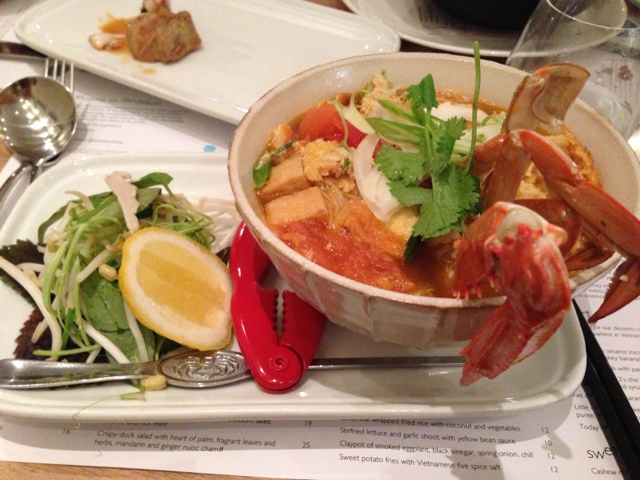 I ordered the Blue Swimmer Crab Pho. Regretably so. The broth was weak and gluggy. If Pho was meant to be the signature dish, it might well appeal to a different kind of palette not used to the authentic version of pho. The soup was watered down and bland. I could not finish this dish. 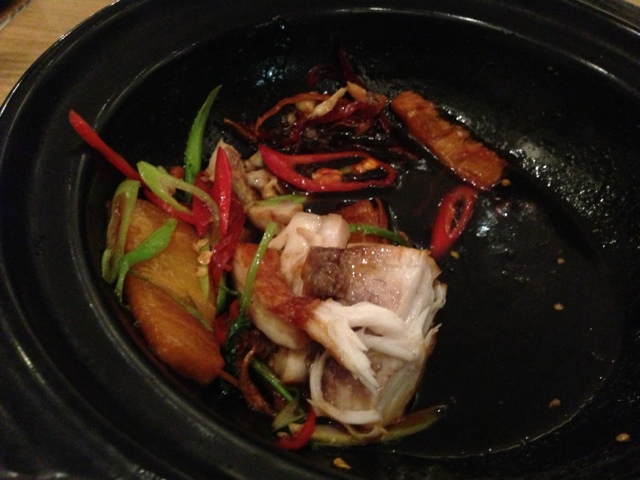 The Fish in Claypot is cooked perfectly coated with a caramalised sauce. Pork Belly was soft and the gravy suitably rich.

I can see the appeal of Dandelion with its polished floors, full reservations and diners generally having a great time conversing with friends and having a watered-down but still exotic meal.

I certainly do not shy away from paying good prices for good food. Being a foodie, paying homage (pun unintended) to taste something exquisite and a culmination of having your tastebuds and sense of wonder fulfilled is equal to none. But Dandelion is overpriced.

This is my personal opinion and will certainly not deter other diners from having a great experience there. My friends continue to rave about the restaurant and unlike others, who am I to correct their dining experiences and how they feel? Their opinions are valid and so are mine.
Email Post
Labels: Dandelion Elwood Review Melbourne Vietnamese Fusion Restaurant