Crystal Jade Restaurant
154 Little Bourke Street
Melbourne VIC 3000
(03) 9639 2633
S and I have been frequenting Crystal Jade for years now. When they started, the location was in a dingy alley next to a dubious building with young Asian girls regularly spotted entering the building with various gentlemen callers. Hence their relocation to the much higher-profile and less sleazy corner of Russell and Little Bourke was met with much relief from existing customers as well as attracting new ones, not to mention a much bigger floor space. I haven't figured out whether the restaurant is HK or Singaporean. I know it's Teochew/Canton-influenced. I don't really care either way as the dishes are similiar to the ones I used to eat in Singapore.
Prices are not unreasonable. Most dishes average around $28-30 but there are some starting at $20 for the more basic dishes. S and I went on a Friday night for a late supper, so there aren't probably as many dishes as I would have liked to display. 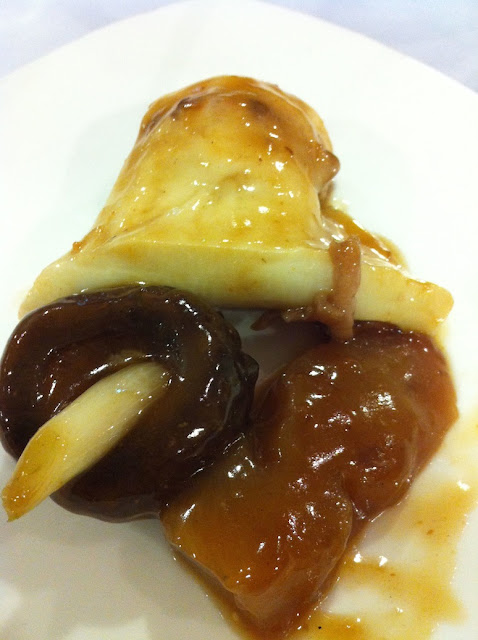 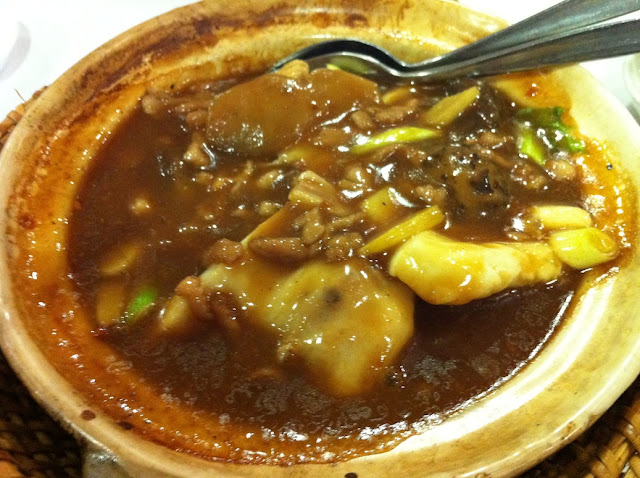 The first dish we ordered was one of my faves, Sea Cucumber, Fish Maw and Chinese Mushroom in Claypot. These come in 2 sizes and obviously for the two of us, we had the smaller portion, which was plenty generous in serving anyway. To be expected, there were more fish maw than sea cucumber. The sauce was delicious and really moreish, perfect with rice. The fragrant punch of ginger emanating from the gravy was really quite something. Sea cucumber was cooked well and surprisingly tender, compared to others I've tasted, ahem Pacific House Toorak Rd, ahem. S, who is usually squeamish about any form of innard and foreign food was feeling adventurous tonight after some egging on from me. He bit into the fresh fish maw (not the dried kind) with trepidation, and to his surprise, found it really tasty although he was still not too fond of the texture. The sauce did help mask any lingering odour one might expect to be present in fresh fish stomach.  However, can't go wrong with oyster sauce, chinese rice wine, spring onion, ginger, garlic and a touch of sesame oil. I definitely recommend trying this dish. 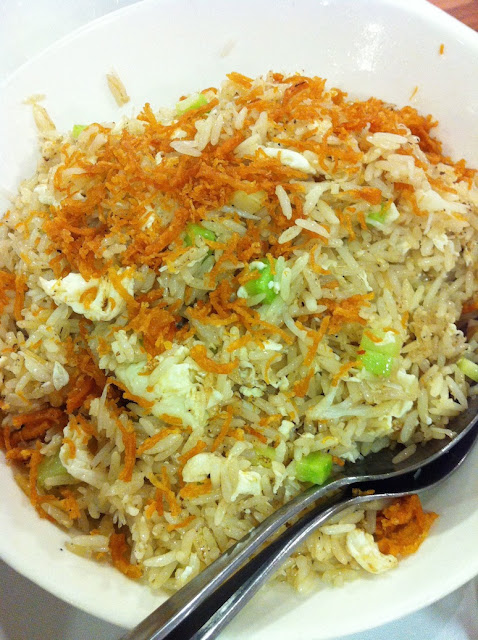 The fried rice arrived at the same time as the claypot, which was perfect timing. I can't think of a better accompaniment to the first dish. I've had the fried rice here plenty of times but this was the first time I've ordered the dried scallop and crabmeat special. The fried rice was great as usual but nothing to write home about. The scallop was really dried in every definition of the word. Quite honestly if you swapped it with fry shallot crisps, I probably won't know the different. And there was no detection of a single piece of crabmeat in there. Portion is really for one so for those thinking of sharing, either have extra rice or noodles as backup or just enjoy the rice as another dish rather than a staple. 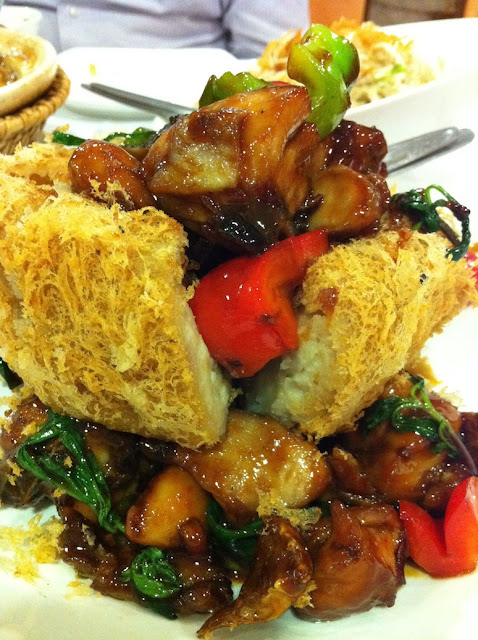 This is one dish I really miss and look forward to that I used to have as a little girl in Singapore. Diced chicken stir-fried with a sticky sweet sauce and heaps of dried chillies, chopped capsicums and onions enclosed within a ring of deep-fried yam/taro. Every single time I go to Crystal Jade, we would order this dish without fail and they rarely disappoint. On this occasion I was more than a little disappointed. The chicken was not of the usual standard. Hard, chunky and without a mere hint of heat, the dreaded un-authentic word has to be used. Even worse, the taro, which was the main reason why we ordered the dish, had a strong aftertaste of urine. Or something akin to what you imagine urine to taste like. It was acidic and kinda have the stench of urine that lingered in a really unpleasant odour in your mouth and nostrils long after you rinsed it off with the $8 pot of tea they charged us for. 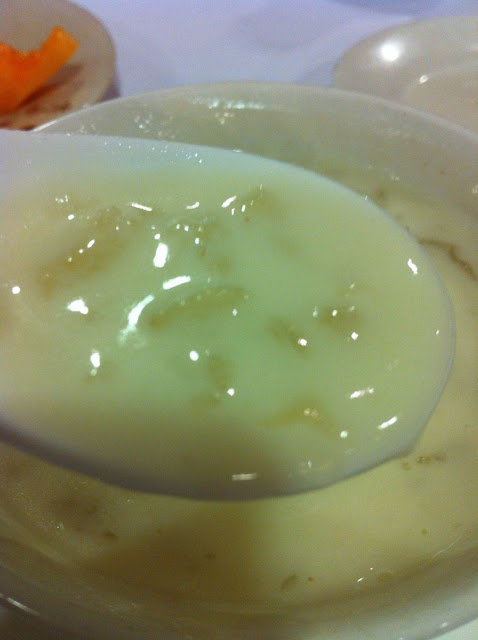 The desserts were alright. Pancake was done no different to the thousand other Chinese restaurants around. But what was interesting was the Hashima, which I love having for dessert every time I visit. S asked what it was, and when I told him the unappetising truth, which was dried frog fallopian tubes, his face blanched with disbelief and disgust. I did insist he try it and am pleased to report he found it bearable enough to finish half a bowl. It really has no smell or any hint of unpleasant texture. Perhaps it was because of the strong almond creme, but I've had hashima on its own with just crystal rock sugar soup and it was fine too. One thing is certain. Even on Crystal Jade's worst day, they are still a lot better than Dragon Boat.

I have no idea why, but words haven't been flowing as smoothly as they usually do. Excuse my sometimes-jumbled-mumble in this post. It's either that or it's 4.30am in the morning and I'm shattered.
Email Post
Labels: Chinese Restaurant Crystal Jade Melbourne