It has been said the Kong Bak (Braised Meat) Bao (Bun) is the Chinese version of the American Burger. But with gourmet burgers coming in the form of Golden Fields' Lobster Burger down to the pedestrian Hungry Jack's, there is always someone's version of something.

But enough of the burger talk. One of the things I missed most from my childhood is the smokey sweet smell of Kong Bak Bao and the braised tenderness of the meat encased within warm soft pillows of mantou. My parents used to bring me to West Lake as a child for some serious Kong Bak Bao indulgence. I don't remember much of the restaurant itself except that it was located on the 2nd floor under blocks of flats. I do remember thinking how lucky the residents were having West Lake Kong Bak Bao right at their doorstep literally and eating it everyday. Oh, the naivete of a Lipitor-innocent child.

So, having missed this dish for quite some time, I decided to make my very own for the first time. I tend to cook by instinct and gut feel so did not quite follow any recipe. But I would advise using a slow cooker for the recipe below or what I can remember of it!

Make sure the water is boiling hot. Pour into the slow cooker. Then stir in the rest of the ingredients except for the pork belly. Once the mixture boils, taste and add salt to preference.

Slice the pork into 1-inch pieces and place carefully into the slow cooker once the broth is ready. Ensure the meat is completely submerged.

Slow cook for just over 3 hours. I set mine on high although that does not mean a literal "HIGH" with my slow cooker, it's really just simmer. I prefer my meat to be melt-in-your-mouth braised. But it's entirely up to you to decide when to turn the slow cooker off.

When the meat is ready, steam your store-bought (yes, really. they taste good and who wants to waste their time making them nowadays) clam-shaped mantou. Once they are done, try making sure you have the mantou while they are hot.

Wash and cut the coriander, don't discard the stems.

You are set to go. Sandwich the meat between the clams of the mantou with lots of coriander. I have no idea why in the following pics my coriander looked like they've been plucked from the giant's veggie patch. My parents actually thought they were lettuce. My in-laws were intrigued as they have not seen or eaten Kong Bak Baos much to my chagrin and shock. 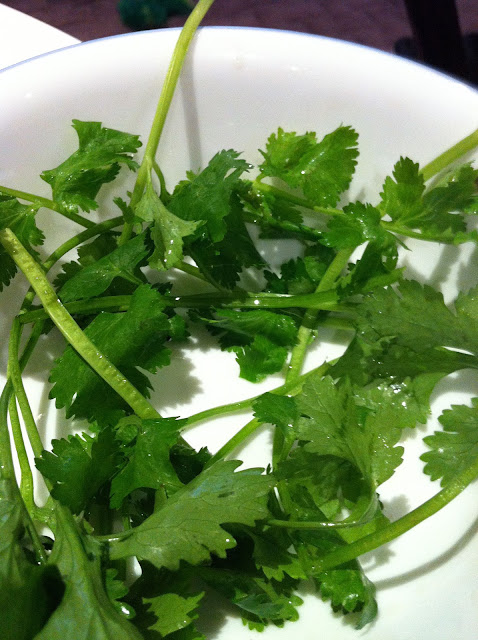 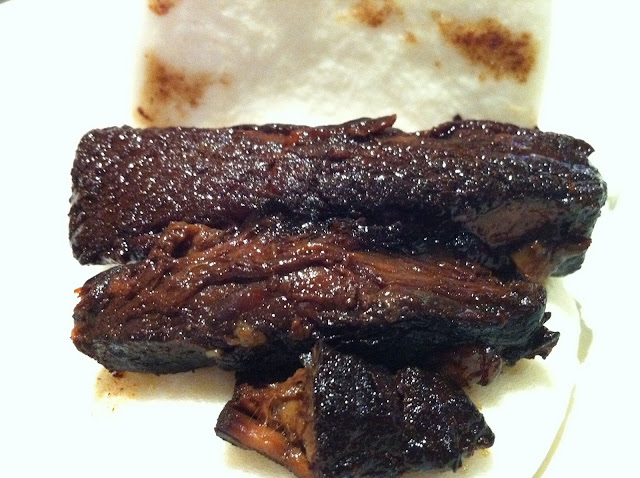 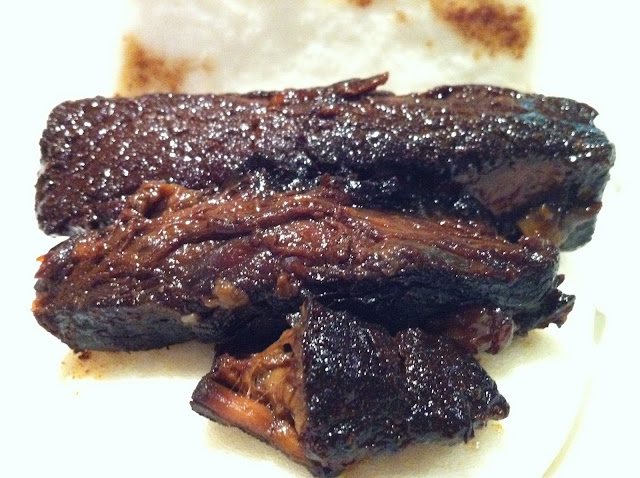 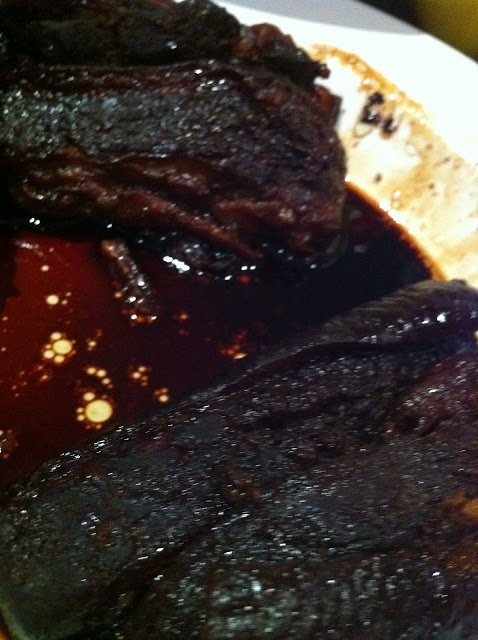 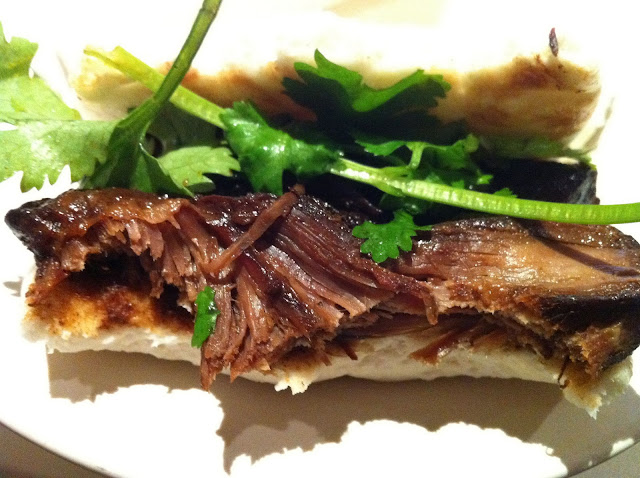 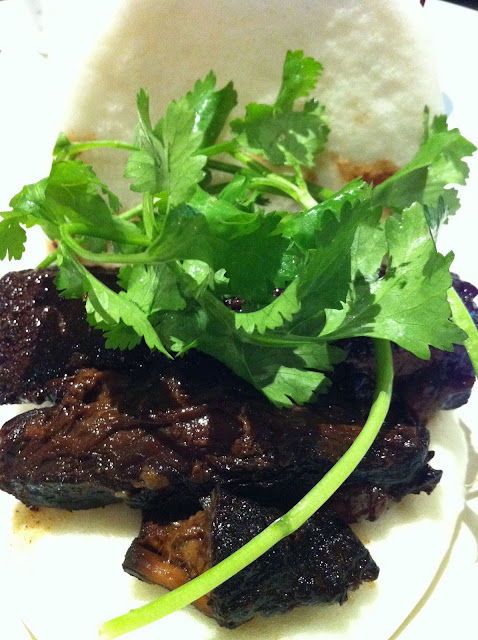 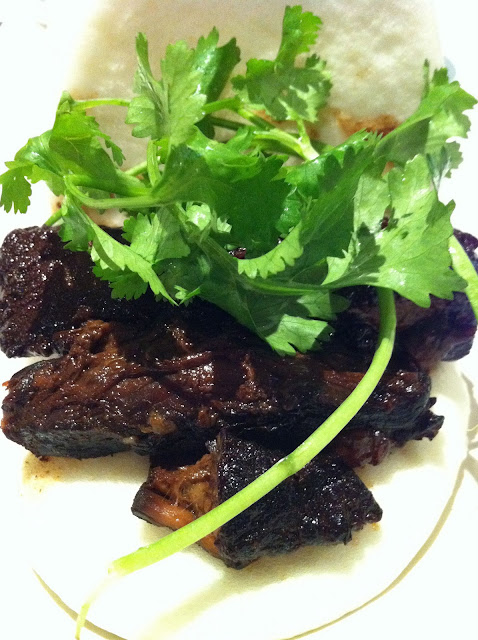 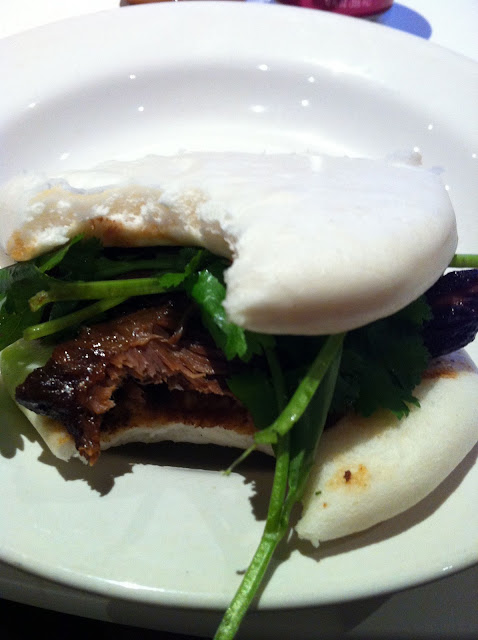 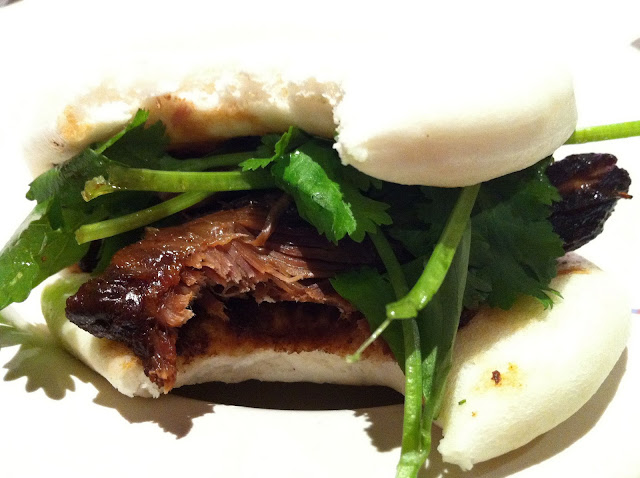 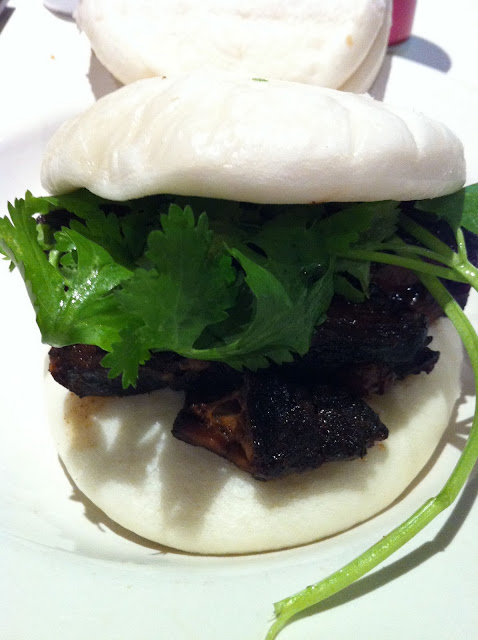