I suppose one of the cuisines most represented in every suburb yet grossly maligned by 99% of restaurant owners in Melbourne is Thai. Anyone who has been to Thailand or even Singapore/Malaysia serving authentic Thai cuisine will know what I mean.

I cringe at the number of times those who have not sampled real Thai cuisine and thinks Chicken Tonight Stir Fry is spot-on Asian food, told me they luuuurve Thai food and this so-so joint round the corner from their house does the best Thai.

By and large, as people become more well-travelled and tastebuds develop a more discerning, sophisticated and adventurous palette, the recognition of good food is acknowledged and more widely appreciated. A certain food show has probably helped as well.

But back to Thai. Long have visitors to Thailand lamented the sad state of Thai food in Melbourne. It has taken a while, but apparently there is a place within Little Thailand of Springvale called Mee Dee Thai that promises to deliver authentic Thai food.

I was hesitant going to Springvale at night but the lure of promising Thai food was too much to bear, so I braved the cold elements armed with S, who took my paranoia in stride as usual, and made our way there.
A glam restaurant it's not, but again if it was, I would have questioned it's authenticity on that alone. A humble shop front with fluorescent lightboxes announcing its presence, and a modest interior that wouldn't be out of place in a Bangkok coffeeshop, our expectations were further buoyed with a Cash Only sign most common at Asian food joints. 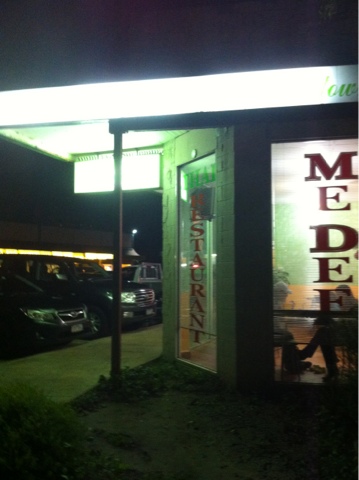 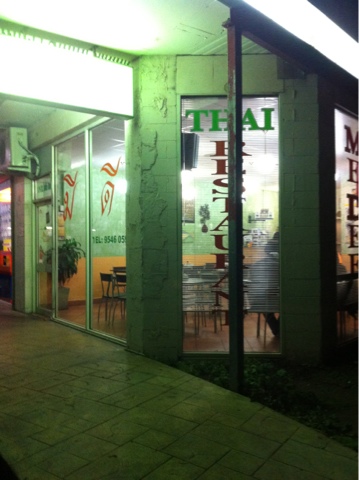 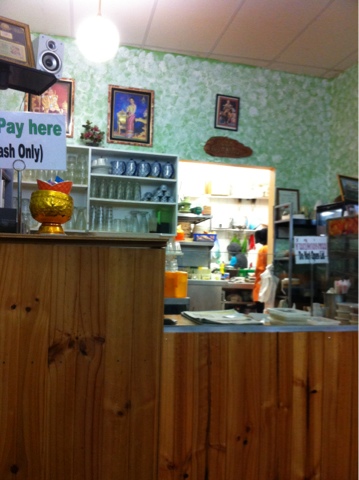 The menu was interesting with a good variety. I so wanted to try the fried catfish salad and the whole deep-fried fish with fish sauce or even the boat noodles and their herbal duck noodle soup but was too stuffed to go the whole hog.  Click the pics to enlarge. Prices were alright for some items. 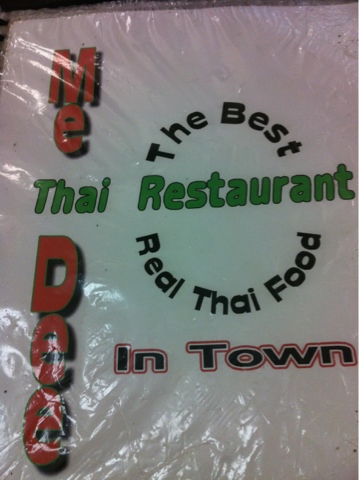 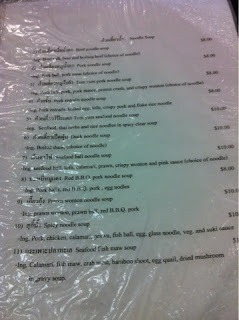 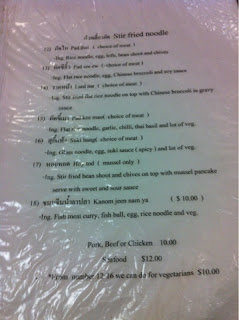 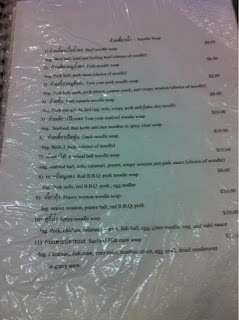 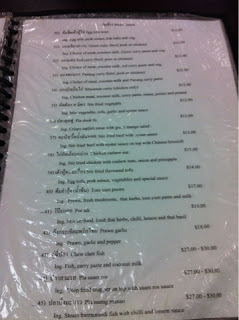 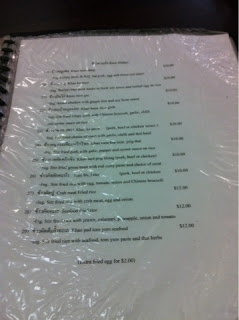 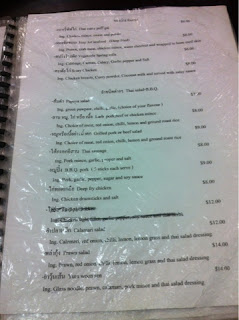 The tom yum comes in 2 versions - with coconut milk and without (which was what we ordered). The ones served in Thailand come clear not red like what we have here and they pack a fiery punch. S, who have not had the experience of real Thai food, wrote it off as just plain broth. But I knew better and was waiting for him to take his first taste and the "pow" to hit. He took the sip and eyes widened, inhaling with his mouth to let some cool air through.

Yup, this is the real deal. 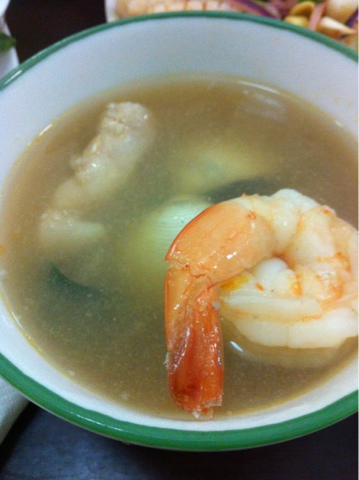 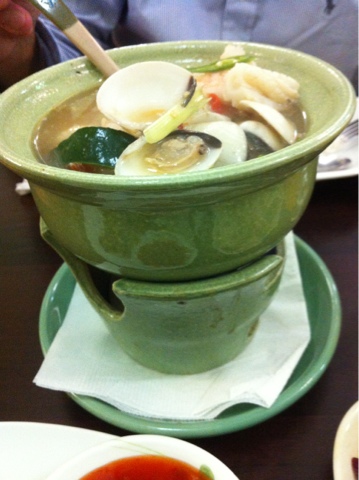 I'm sure many of you are most likely thinking Or Luak to this dish and you are not far wrong. It's served in Thailand with mussels which is what they do here. Over in Thailand they also have an oyster version, but I'm beyond caring at this stage, I'll take Or Luak where I can take it. There's an addition of fresh bean sprouts though, which I really do not mind. The freshness of the sprouts cut through the greasiness of the omelette. Like Or Luak, it's fried with the starchy gooey mix of tapioca and rice flour. The let-down was the chilli sauce. But we improvised and dipped it in the spicy fish sauce of our salad dish and it was just YUM. 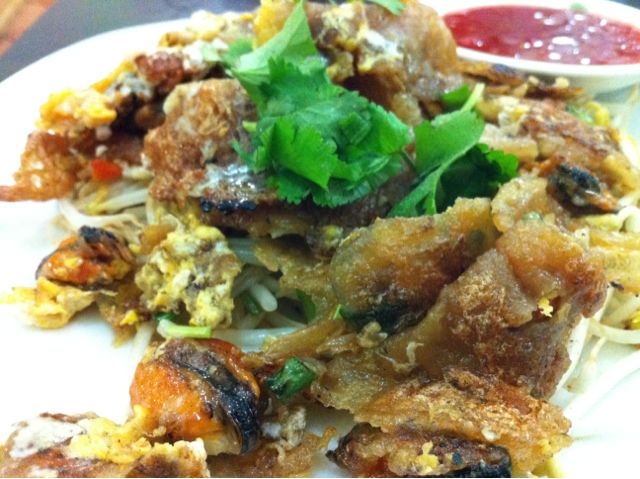 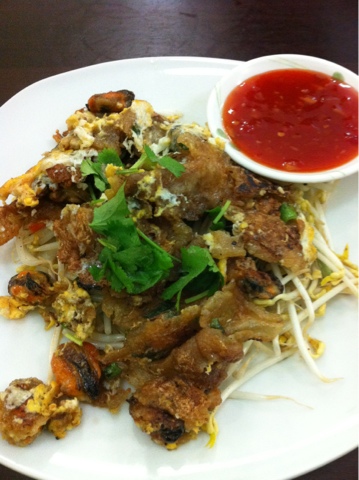 It was a toss-up between the beef or the calamari salad, but hey, seeing as it's a seafood theme thus far, we went with calamari. Not a bad choice. The calamari was tender and the gaps between the cuts soaked up the spicy, tangy fish sauce. 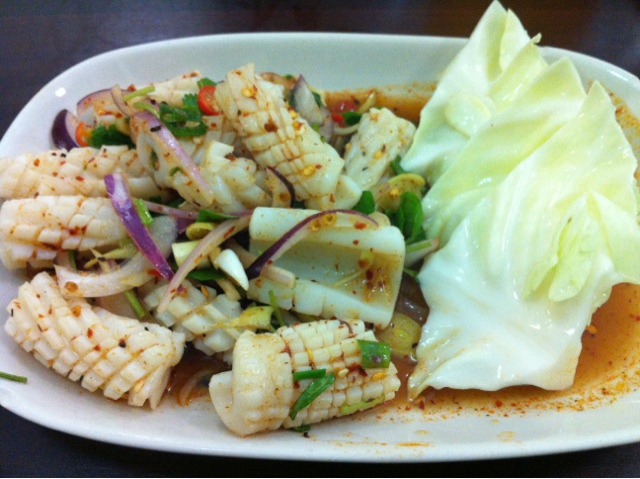 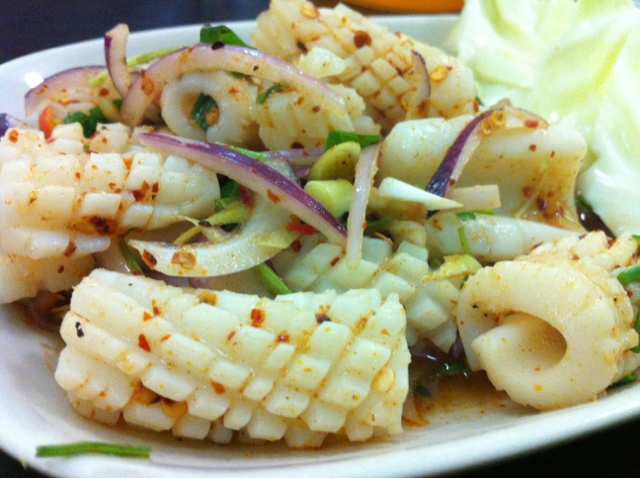 Although the portions were by no means large, they were generous enough. We left that night with cauldrons of fire in the pits of our stomachs but happy enough. That said, authentic does not mean the best. Would this place hold up against many of the best food vendors in Bangkok? Maybe not. But it would be nothing out of the ordinary against all the normal food vendors there and this is good enough for me.

P.S: We avoid trying out new places with friends who are not as adventurous or culinary-obsessed as we are. I can imagine complaints about the drab decor and other whiny/snooty comments ruining our experiences. So if I were to try out my food journey in new exciting places with only S for company, I'm more than content.
Email Post
Labels: Authentic Thai Food Melbourne Mee Dee Thai Review Springvale