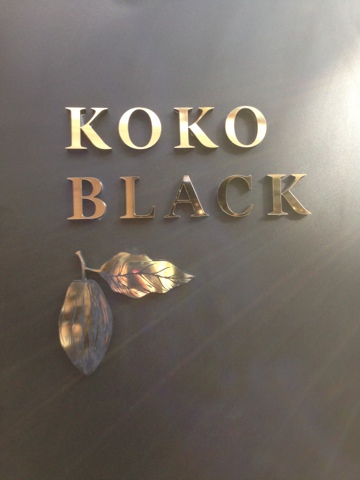 Koko Black in Chadstone Shopping Centre was closed for renovation for what felt like an eternity, was really mere weeks. But disruptive in ritual after a jaunt in the luxury precinct. I miss my hot dark chocolate in skim milk. 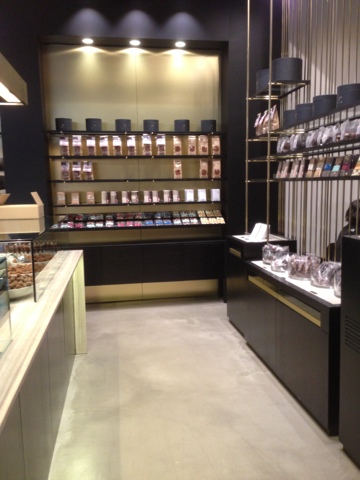 The new version of Koko Black is infinitely more swanky and contemporary than the old-school feel they are known for. The dark chocolate wood is still very much present in their cabinetry but there's a much lighter feel about the place. But wait, what is that I spot... 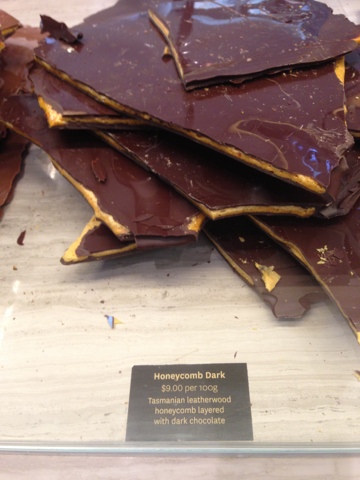 Nouveau chocolat?? Large shards of chocoate-covered brittle and honeycomb filled one of two counters in their new product area. Daddy loves his dark chocolate but his daughter LOVES honeycomb! Somehow I doubt this will be your run-of-the-mill Violet Crumble.

The intense scent and taste of real honey hits as soon as I popped a tiny silver in my mouth. I was genuinely pleasantly surprised. Honeycomb is such a messy endeavour I don't bother making it. But rarely do real good honey form part of the recipe.

Therein lies the problem I knew would happen. Can't stop at one... 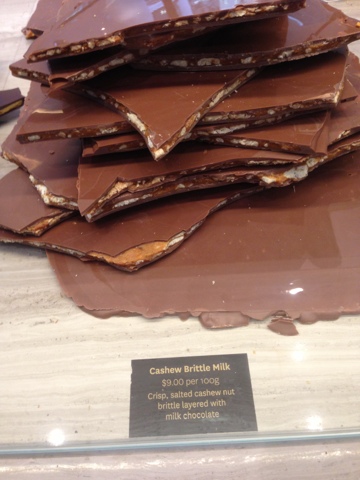 So for the sake of my uncontrollable deranged craving dear readers, I was practically forced to purchase more. Variety is the key to every blog.

The Cashew Brittle was of course made of salted caramel praline, none of that pedestrian plain sugar concoction. I must admit the milk chocolate itself is not out-of-place with Cadbury. 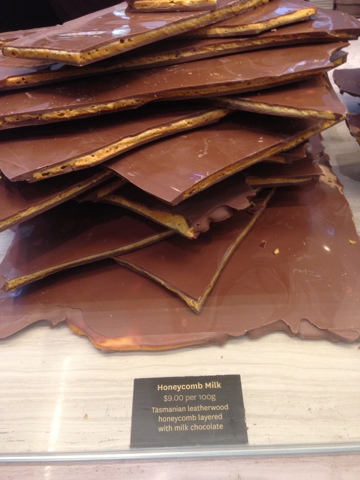 But of course, we've come this far, the Honeycomb with Milk Chocolate is an absolute necessity. For research purposes of course. How else would I discern the complicated science of pairings between dark and milk chocolate?

Sighing with pleasure, a sensation in the rarefied air of industrious company such as Hermes, Louis and Chanel, it doesn't really matter. Milk, dark or white, the honeycomb is the star of the show. Move over, peasant chocolate.
Email Post
Labels: Cashew Brittle Chadstone Chocolate Honeycomb Koko Black Melbourne