We met the affable and friendly Jean, the namesake of this little gem of a Malaysian eatery and previously Jean's Kuehs. Somehow calling Jean Madam Kwong is a misnomer. Her warmth and infectious personality is like a familiar auntie, generous to boot.

We first knew about Jean from her various kuehs sold through select Asian supermarkets in Box Hill, Glen Waverley and Straits in Doncaster. I have always preferred her kuehs over they-who-shall-not-be-named another mass seller of such kuehs due to a huge quality difference.

Unfortunately her kuehs disappeared and I could not for the life of me figure out where she went. No one knew. Last year, I heard through the grapevine about Madam Kwong's Kitchen. Obviously we went crazy buying boxes of durians, eating scandalous amounts of food there and picking most of everything she had in her freezer on our first visit. They must think we are savages.

By this visit in December before they closed however, we were more contained as multiple visits assured us she's here to stay and not going anywhere soon.

The kuehs are definitely her calling card. 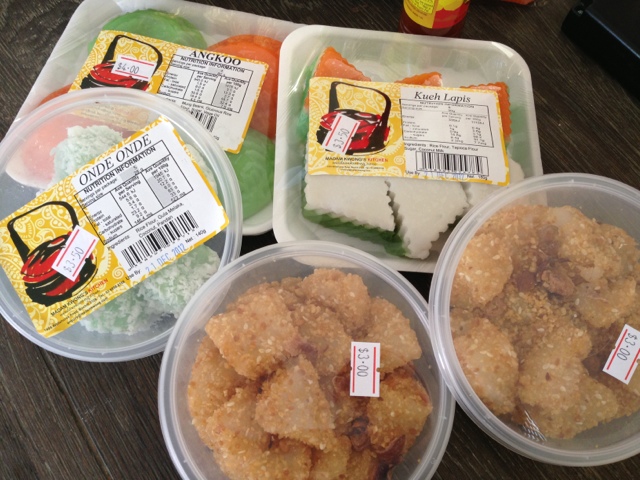 I was after what her daughter referred to as Lo Mai Chee, a rice glutinous ball coated with flour and peanut/sugar filling. Having had it heaps of times, it's one of my faves. Unfortunately they were sold out. I was happy to settle with the soft and generously coated muah chee. The fried shallots were a weird garnish for this primary sweet snack. But apparently the MIL said it's how they do it in Penang.

The ondeh-ondeh (oneh-oneh for the S'poreans) are yum but you gotta have them fast, they sweat in humid weather and are prone to turn sour pretty quickly. Biting into one of these balls are fun and satisfying. With Jean's, you get that pleasing crunch on an actual slice of gula melaka, not just syrup.

Her kueh lapis and other coconut-milk based kuehs are delightful and you can smell the fragrance of the pandan while the scent of coconut lingers on your palette. They are soft and clearly unstinting in their ingredients. 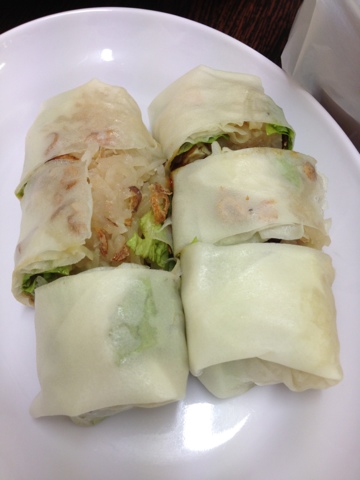 Popiah eaten fresh on the premises. It's so perfect for summer. While I do prefer Straits' spicier version in Wantirna, I'll come here just so I could grab the other stuff. Besides as long as it's not the horrible cabbage-filled deep-fried Aussie version of "Chinese Spring Rolls", we'll live. The filling here is generous but the skin is not as soft as we would have liked it. 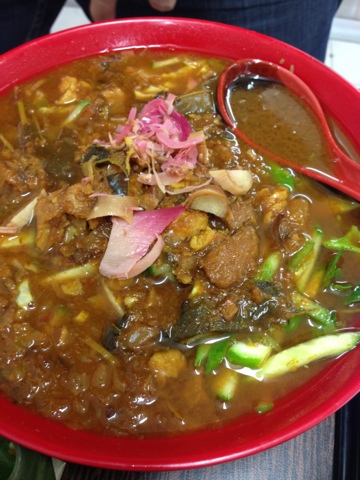 Oh my, oh my. The Penang Assam Laksa is amazingly rich, piquant and citric-centric. It is the best version of Assam Laksa I have ever tasted. When the garnish is of ginger bud, you know this is far beyond the realm of what any Malaysian franchise is able to churn out. Paired with chor bee hoon (which they also sell in the dried version), this is my favourite dish there. 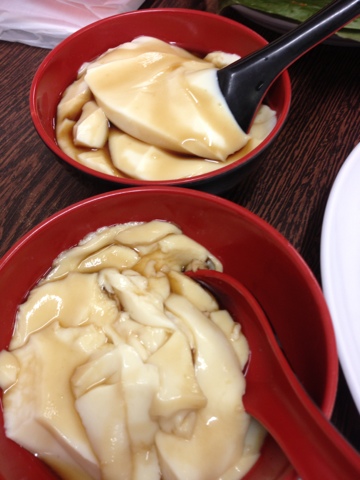 I can't miss their tau huay every time we lunch there. It is smooth and creamy but firm at the same time while having their melt-in-your-mouth quality. And I am not just saying that because Jean treated (blanja) me my tau huay on this trip. 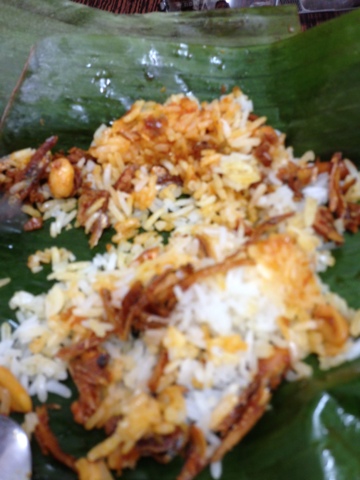 Embarrassing picture of half-devoured Nasi Lemak in banana leaf. Yes, they do it the old school way. 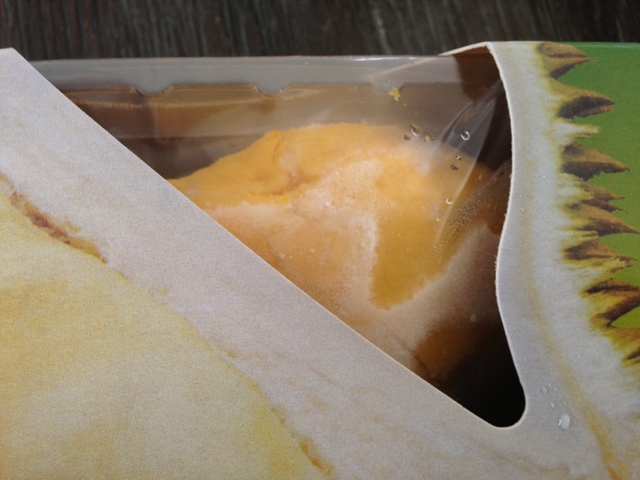 Now, most card-carrying Singaporean or Malaysian foodie would have tried the Musang King durian by now. Until then that was as good as we get here in Melbourne. But no, at Madam Kwong's we are exposed to Turmeric, Pumpkin, Ang Heh and other new breeds they have started bringing in last week.

Apparently the new breeds sold out within the day. These pics were all taken late Dec 2011, but on our visit today, hoping for perhaps the existing Pumpkin and Co range they already carry, we were met with empty shelves...until I spotted a box at the bottom of the fridge. Raising it in triumph, we were told it's not for sale by a young bloke manning the counter. Cringing, I asked Jean's daughter who marched to the kitchen to in turn ask a mysterious senior decision-maker on our durian fate.

She came back, cocked her head to one side, waggled a finger at me and said, "One only!"

Yay! It was only in the car I realised it said Pulau Balik on the box. Inneresting...

Back to the yellow flesh potent fruits we bought of the other breeds previously. They were indeed meaty, sweet (some bitter, yum) and custardy. I have never taken to durian flavoured products and for some reason can never stomach the cakes, sweets, desserts. But the fruit itself has grown exponentially on me. 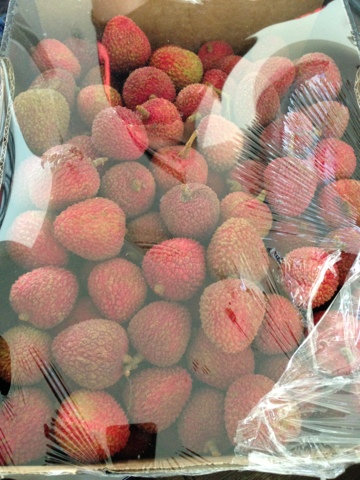 I should really hang my head in shame but I will never ever ever, so inspired by my Madam Kwong's adventure, we headed to Springvale and bought a $65 box of lychees with tiny little seeds and massive balls of sweet flesh in lieu of getting a real Christmas tree this year.