Don't ask me why, but it still feels like the holiday season a week after celebrating the new year. It could be due to the lighter traffic with school holidays, folks still on leave or simply because S and I took the last couple of days off.

We decided to spend our day in total leisurely bliss after a late night morphing into early morning blu-ray watching. I so enjoyed Le Chef, a brilliant French movie starring Jean Reno.

Anyway back on topic. S has been on a gourmet burger craving. Hux is a bit far out in Collingwood, Parlour is closed in Prahran and we don't feel like tracking to Albert Park for a slider.

So away from Church and into Bay we go. Rocksalt is where Italy on/in/of the Bay used to be. We haven't been in years due to the terrible food there. So seeing as our DVD joint is across the street and we are parked to do a drop off, we might as well give Rocksalt a go. It did seem highly recommended.

The banana smoothie I had was more than what I expected to be honest. The hint of cinnamon, hit of vanilla syrup and a rich creamy dairy taste with the unmistakable use of fresh banana was an absolute delight.

S had an ice coffee and pronounce it yummy too.

My chicken Parma main course came with Caesar salad and chips to boot. The serving was massive and they certainly did not use Coles schnitzel. Though not pounded to an inch of its life, the chicken breast was moist and complemented perfectly with the tangy Napoli sauce and melted cheese.

The Caesar salad did not just come as a side thought. Although the egg yolk is missing and the anchovies are not included, it was a decent bowl of nicely dressed salad with real bacon, shaved Parmesan, baby cos lettuce and croutons. It was good.

The chips on both our mains were crunchy but soft inside. All we need is ketchup and the deep fried component is checked.

S ordered a steak sandwich for which they use actual cut of eye fillet. They are not miserly about it either. He was pleased and sated. Burger it's not but S can live with eye fillet anytime.

We'll definitely be back again for the lamb shanks and Tuscan mash for dinner. The cafe vibe and casual dining with reasonable prices are just perfect for a summer's night dinner. 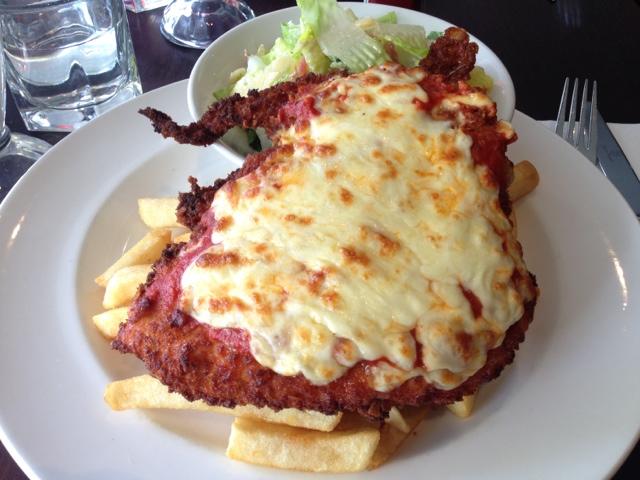 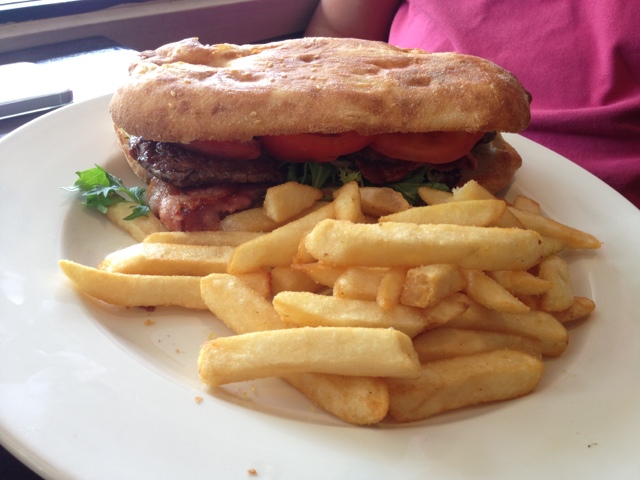 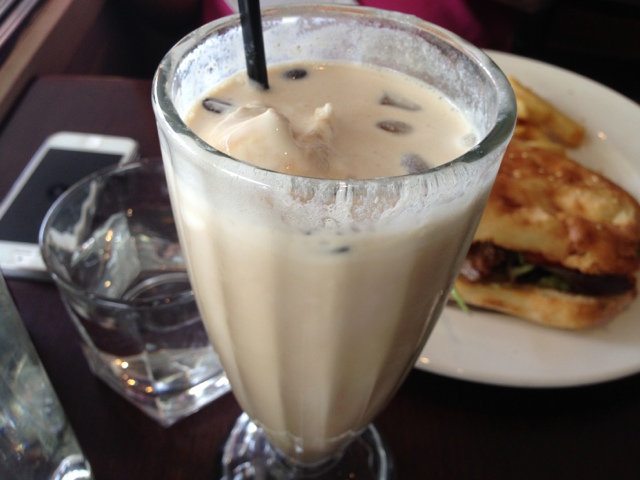 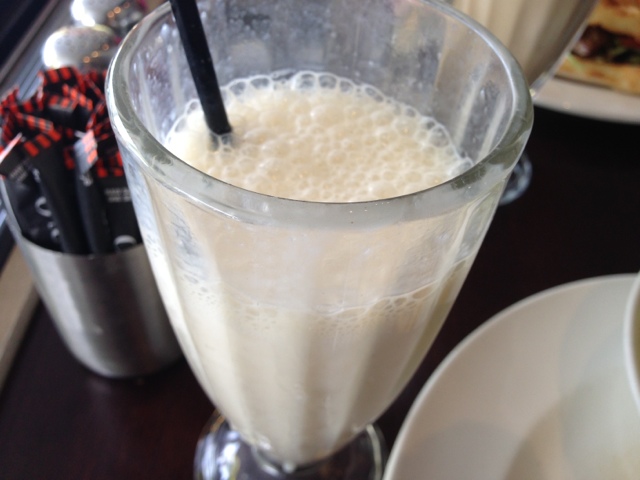 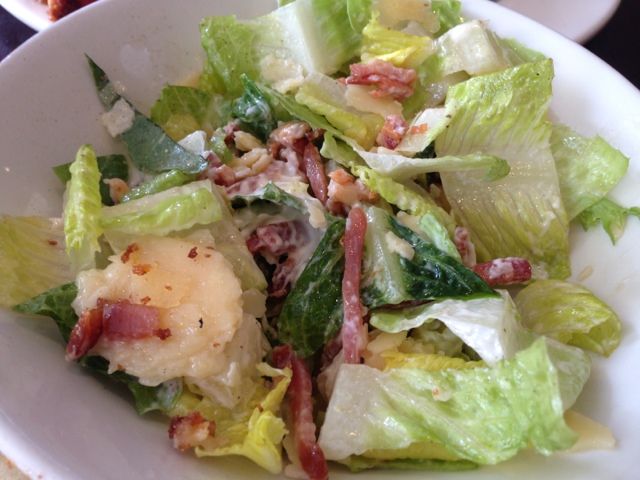